Jaipur, the capital city of the royal state of Rajasthan, boasts of a strategic location. Although the Pink city is home to a number of tourist attractions, but there are several destinations sprinkled all around Jaipur as well. All these places are easily accessible by road.

This blog includes the list of top 10 attractions around Jaipur. Take your pick during your Jaipur excursions: 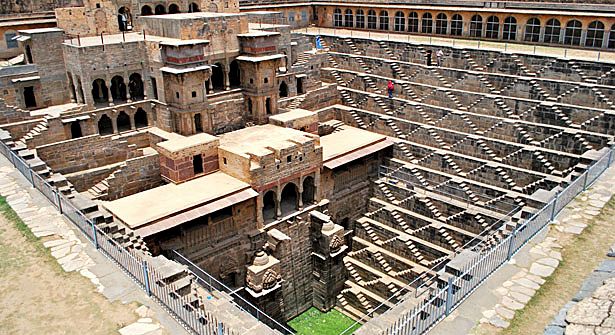 Placed on Jaipur-Agra highway, Abhaneri is a small village that was founded in the 9th century by Raja Chand of Gujjar community. This village is known for housing several monuments of the post-Gupta and early medieval period. Two of the most popular attractions include the Harshat Mata temple and Chand Baori. While Chand Baori is one of the largest step wells and water reservoirs in India, Harshat Mata temple is a beautiful temple with an architecture of the 10th century. Along with its architectural beauty, this place is also known for local dance forms of Bhawai, Kalbelia and Ghoomar.

Famous for- Mirror work and paintings 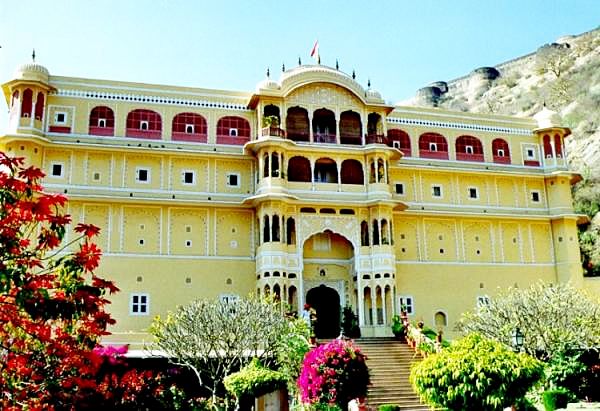 Samode Palace, one of the must visit places near Jaipur, it is located on the way to the popular Shekhawati region. This beautiful palace is located in the town of Samode, which is popular for its bangle making craft and its industry of cloth printing. Known for its mirror work and paintings, this palace is one of the most beautiful ones in the state. The collective heritage structures of Samode Palace, Samode Haveli and Samode Bagh were constructed by the Nobel feudatory that had the hereditary title of Maha Saheb or Mahak Rawal of Jaipur and Amber principality. A part of this palace has been turned into a heritage hotel. 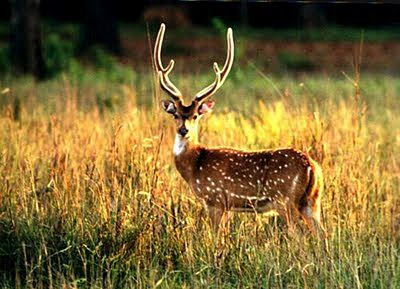 One of the most popular wildlife reserves of India, Sariska National Park  is located in the Alwar district.  Spread in 800 square kilometres of land, this tiger reserve consists of grasslands, deciduous forests, steep cliffs and rocky landscapes. Along with a decent tiger population, the national park also houses wildlife species like langur, chital, sambhar, chital, macaque, jungle, four-horned antelope. The park also boasts of housing the largest population of peafowl in India. Some of the other avifauna species include golden- backed woodpeckers, harbours quail, crested serpent eagles and sand grouse. Do not miss visiting the Siliserh Lake, known for housing crocodiles in huge number.

Famous for- Wildlife and Fort 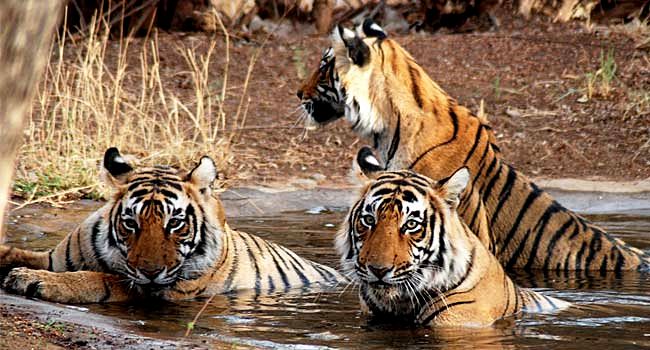 Ranthambore National Park, one of the most famed tourist place around Jaipur, it boasts of being one of the largest national parks in the northern region of India. Covering an area of 392 sq km, the park is quite famous for its huge tiger population and around 270 species of birds. During your wildlife safari, you can spot animal species like spotted deer, sambhar, hulman and so on. The park is also home to the Ranthambore Fort, built in the 10th century. Standing at a height of 700 feet above the park, the fort has stone temples dedicated to Lord Shiva and Lord Ganesha. 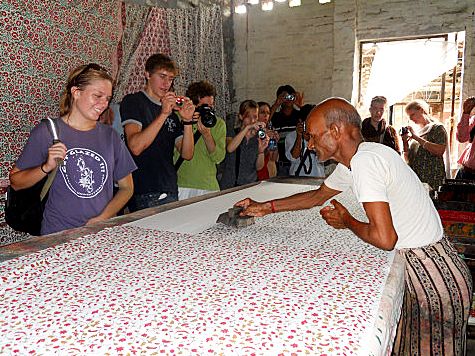 Around 16 km from Jaipur, the small township of Sanganer is not only quite popular for its handmade paper industry and the textile printing industry but it is also a Jain pilgrimage centre. This town is known for the export of its crafts all around the world. In addition to this, it also houses an ancient Digambar Jain Temple, that was erected during different phases, the last one being in the 10th century. During your visit, you can also explore the remains of some old palatial properties.

Famous for– Wooden or Block printing 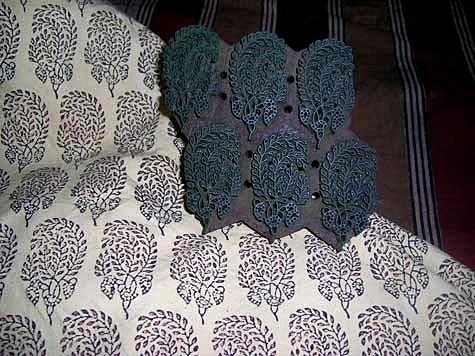 The small village of Bagru, around 33 km from Jaipur, is famed for its block printing. Dating back to 300-yr, this traditional village craft is popular as ‘Bagru Prints’.  The dyes that  are used for the creation of ‘Ajrakh’ (print patterns) are traditional vegetable dyes. This artistry was preserved by the craftsmen of Bagru, Chippa Mohalla. One can shop for some amazing bed covers from here. In this unique technique, the design is first engraved on the block and then it is printed on the fabric. 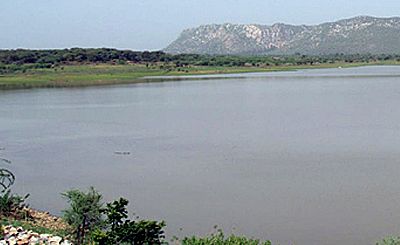 An extremely popular tourist attraction, Ramgarh Lake is around 30 km from Jaipur. A famous picnic spot, this man-made is spread in an area of 15.5 square km. Once a major water source of the city, this lake was made by making an embankment on the forested hills. In the rainy season, the lake and surrounding area become even more beautiful and one can spot flocks of waterfowl too. Some of the local attractions include an old fort, Jamwa Mata temple and Jamwa Sanctuary. You can also partake in boating. 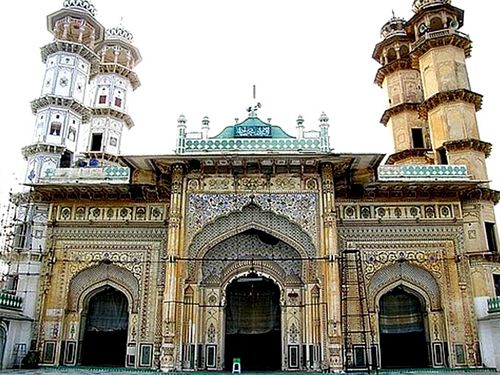 Founded in 1818 AD by Nawab Muhammad Amir Khan, Tonk is one of the most interesting places in the list of weekend getaways. Popular for its mosques and havelis,  it is a must-visit. The delicately carved-palace of Sunheri Kothi, also known as the Golden Mansion, is a beautiful structure that is decorated with mother-of-pearl and semi-precious stones. The city of Toda Rai Sing and the Arabic and Persian Research Institute are the other prime local tourist attractions. Most of the buildings of Tonk are a mix of Muslim architecture and Rajput buildings. Do not forget to buy some amazing woollen rugs too. 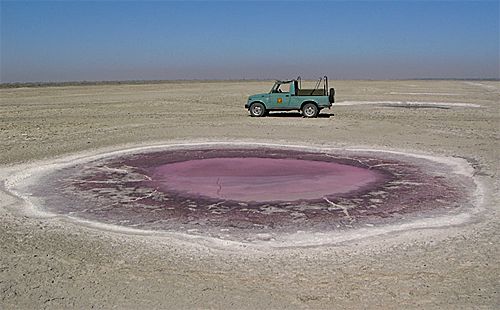 Famed as Salt Lake City, the small town of Sambhar is one of the main attractions around Jaipur. The main attractions of Sambhar are Sambhar Lake and Sambhar Wildlife Sanctuary (24000 hectares of land), which are frequented by tourists every year. Owned by the erstwhile rulers of Jaipur, the lake was later leased to the British and is also a hub for salt production. Indulge in bird watching, during your visit to the sanctuary wherein you can spot avifauna species like redshanks, storks, sandpipers and flamingoes. The ancient town of Naliasar, Shakambari Mata temple and Devayani Tank are the other major attractions.

Famous for-  Maurya, Mughal and Rajput buildings and a Buddhist temple 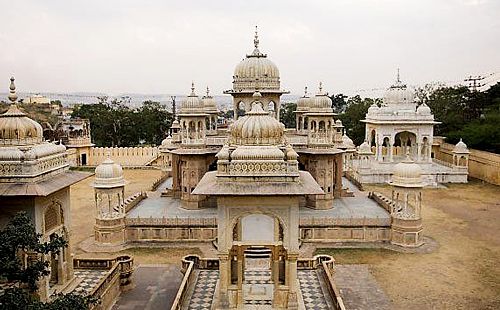 Also known as Viratnagar, Bairath has both mythological and historical significance. Placed on the Jaipur-Shahpura-Alwar road, Bairath has several impressive structures that were built during the reign of Mughal, Maurya and Rajput rulers.

Another major attraction here is the excavated Buddhist temple, dating back to the 3rd century to 1st century AD. The place is also associated with Hindu mythology, with the huge cave, placed on the Pandu hill, being the main attraction.

It is believed Bhim ki Doongri was the home of Bhim one of the Pandava brothers of Mahabharata, during their exile.  You can visit Bairath during the annual Banganga Fair, held on the full moon day of Vaishakh (between the months of April-May).