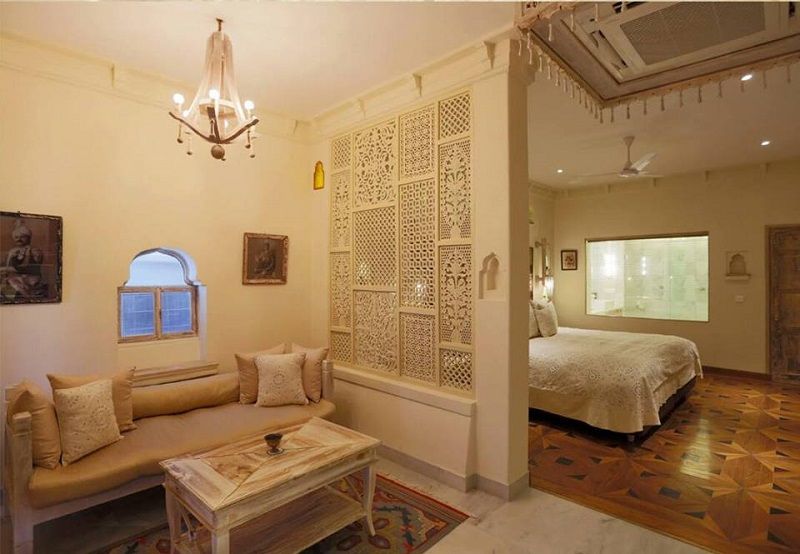 Attribution: Recently one of our directors Seema Sharma stayed at Rawla Narlai during her family holiday in Rajasthan and to say that she was more than impressed would be to say the least. Here’s how she recounts her amazing stay in the Rawla Narlai which she feels is a veritable oasis in the rural offbeat Rajasthan.

During my long career in Tourism Industry, Rajasthan has always fascinated me and yet continues to do so. The quintessential land of Royalty, the tales of bravery, of honor, of culture and heritage and of palaces and opulence still charms me no end. Thus, this trip to Rawla Narlai was something I was really looking forward to. 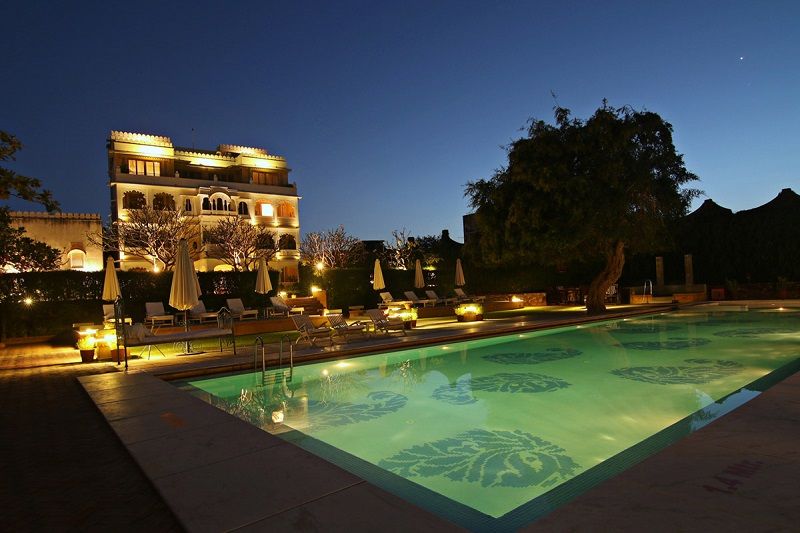 A heritage hotel oozing a lots of character and charm

This once favorite hunting lodge of the royal family of Jodhpur, Rawla Narlai has been meticulously and tastefully restored and converted into one of the finest heritage hotels in India. Rawla Narlai is located in a small village in the heart of Aravalis and is a beautiful place to break your journey between Udaipur and Jodhpur; located as it is in the mid-way of the two of the most visited cities of Rajasthan.

Surrounded by one of the oldest villages in India, it stays true to the vibrant culture and feel of Rajasthan where women still wear big Chudas and ghunghat from the time they are married till old age. Men wear vibrant pagdis, studs in both ears, and walk with a zeal which is a sight for the sore eyes in the heat of Rajasthan. This luxury heritage hotel is indeed an oasis of calm accessed through an archway into a large courtyard which is beautifully kept with flower gardens and lawns and numerous objet d’art. 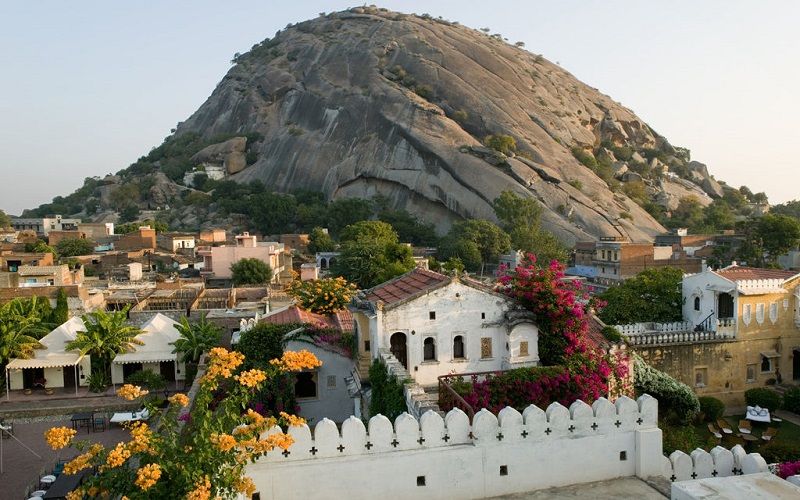 At Rawla Narlai, Ranakpur, guests can be certain of an entirely fascinating world within

As we reached we were treated to a warm welcome and I must mention here that the welcome drink which was served to us was something like a nectar from heaven that soothed our parched constitution from the searing summer heat after the long travel. But many more surprises and delights laid ahead of us.

Behind the artistically styled archways and gates laid the true splendor of Rajasthani culture and heritage. The original section of the fort has 25 restored rooms furnished with most modern of facilities to enthrall a 21st century traveler. The rooms, interiors, décor and the presentation oozes with a lot of character.

Deluxe room in which we stayed

The modernized section of the hotel in which we stayed had also been done in traditional fashion. It can be said more to be a labor of love than simply a space for residence with the decor following a similar theme of pretty block-printed textiles and local furnishings. 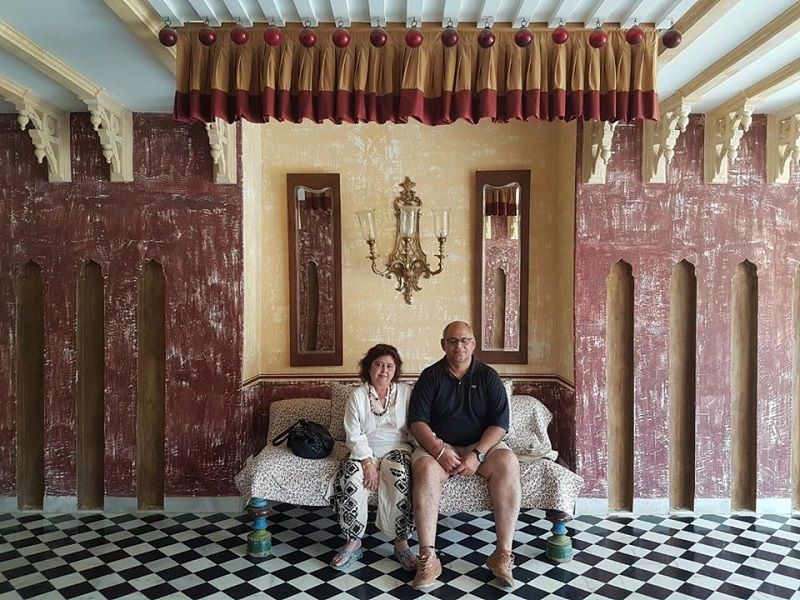 The walls were finished in pure white and sandalwood colored polish and had been embellished with white silk curtains that significantly added to overall ambience of the room. The beds too were very comfortable and relaxing and the lighting is done in most suitable and reposing ways.

Right from moment we arrived we were treated in most superior of ways. The staff was exceptionally courteous and were alert to most trivial of our needs. Being always polite, they served to our requests with a “hukum” along with their hands folded in the typical Indian style of respect. Service is something which I particularly take notice of and I must say that the gracious hospitality offered by the courteous staff at Rawlai Naralai really impressed me. 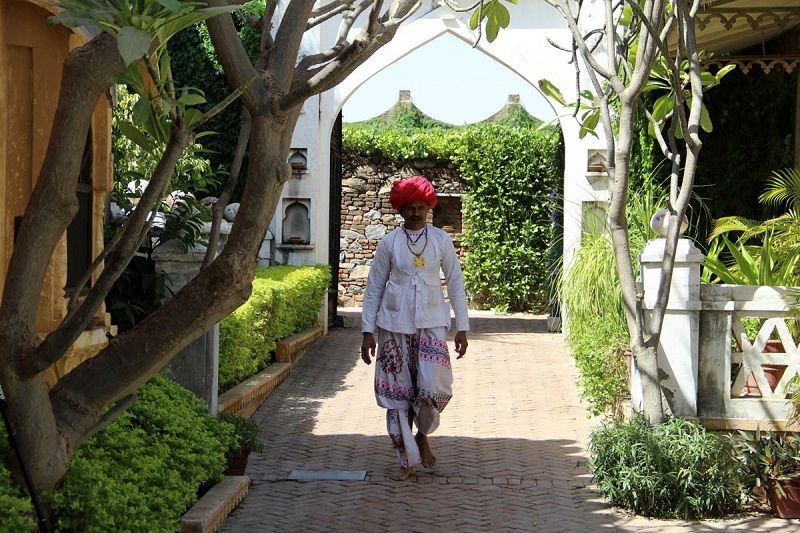 
One of major highlights of our stay at Rawala Narlai was food. They had an astonishing variety of delicacies and every dish that we tried left us asking for more. The food was delicious and earthy and very well cooked be it Italian or Rajasthani food. It was true to its flavor. We tried a lots of cuisine during our stay at the Rawla Narlai. Be it the mutton vindalu, gatte ki sabzi, jangli murga, daal baati churma, pancakes, and sausages to pasta arrabiata and alio olio and it was as good as it could be. 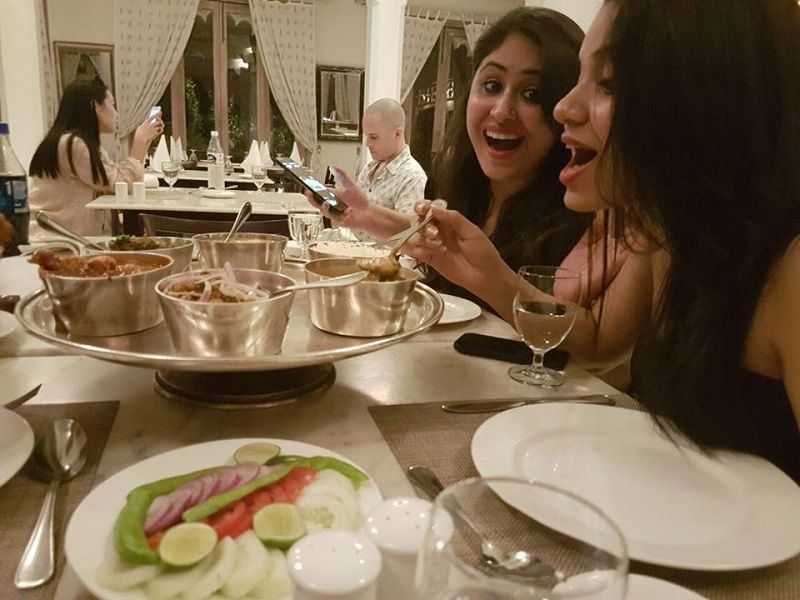 Food at Rawla Narlai is a delight for the taste buds

We were also served a special dinner of the local cuisine with an amazing presentation. The food was brought to us covered in red cloth exuding the essential sense of royalty.


But for what my husband and daughters were most eagerly waiting for was the Wildlife Safari. And as anticipated, it turned out to be the most memorable adventure. Started early in the morning at 5.30, we were really fortunate to sight a leopard. It was as much exciting as scary but nothing could waver off the excitement of my daughters and husband. 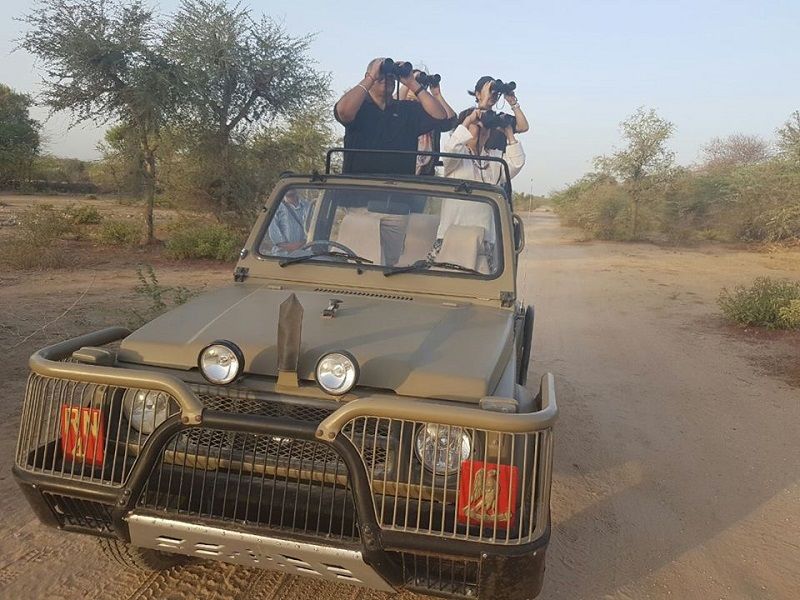 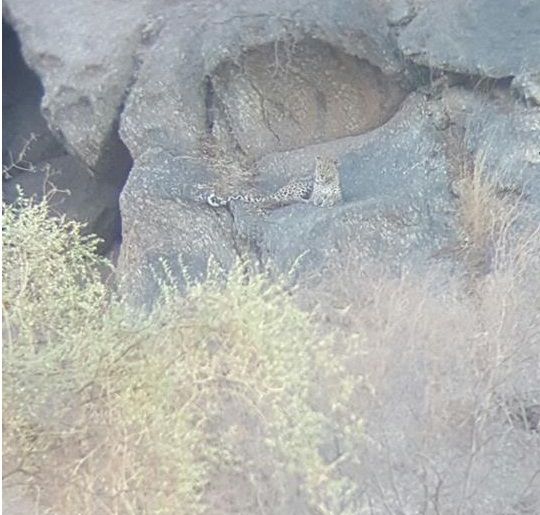 
It is yet another of the experiences that you should have while at Rawla Narlai. The lake is four kilometers wide and attracts a lots of birds especially during winter as we were told by the guide. When we visited the lake it was mostly dry but we did see a lot of birds. The evening was amazing by the lake as we beheld the sun go down behind the mountain and the sky painted in gold. 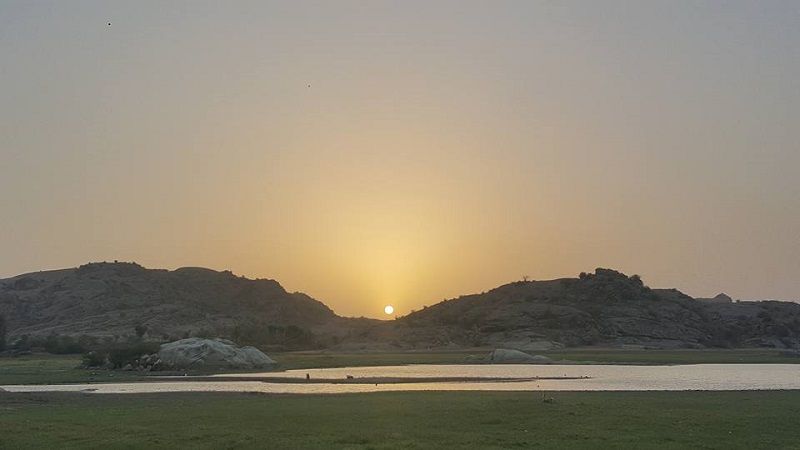 We witnessed a beautiful sunset by the lake

The Narlai village still is a close knit traditional community. You can get a peek into their lifestyle and culture during the village walk that is organized by the hotel. Village walks are organized in the morning hours before the residents leave for their daily chores or in the evening. The walk lets you experience how the locals actually live in these villages, talk to them, get to know their culture, and listen to their amazing stories. This small village has more than 350 temples some of them from the 14th century. It’s is said that there were more than 900 temples here at a point in time.

The Village walk at Narlai is an excursion into the village to look at the traditional way people live there even today.

Dinner at the Stepwell at Rawla Narlai


What we missed during our stay at Rawla Narlai was the candlelit dinner which is organized inside a 16th century stepwell. It is organized only during the winter season as weather gets really hot during summers.

We were told that each night 500 diyas (earthen pot lamps) and 200 lanterns are arranged to light the step well for the dinner. And after the dinner they are removed every night and new ones are brought for the next night’s dinner.

The transport is aboard a swaying bullock cart to recreate a traditional experience of an equally traditional dear except for the elaborate menu. What accompanies this dinner is the traditional folk song performance by a local jogi.

Now that is an ancient Step well transformed into a fairy tale setting with hundreds off candles supported by local live background music. 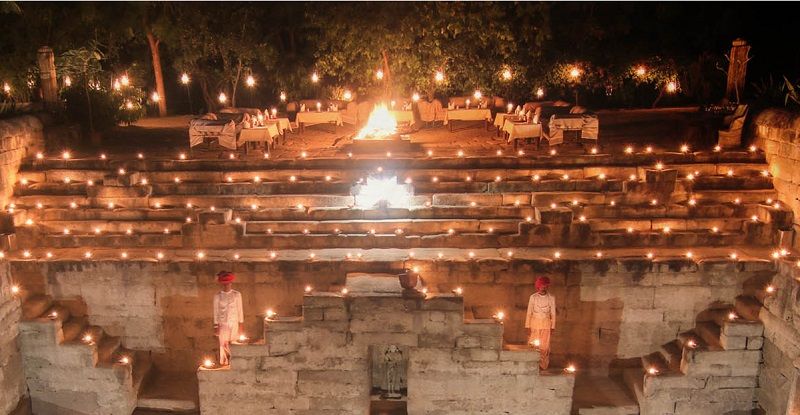 Dinner at the Stepwell 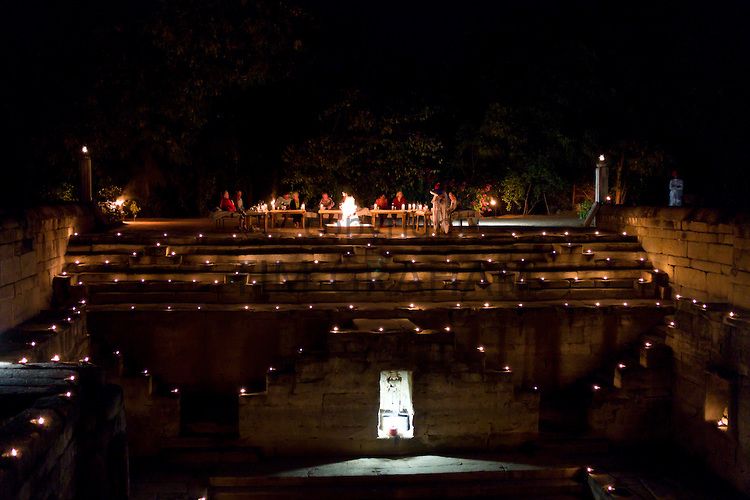 This is a hotel I’d definitely recommend for anyone traveling to Udaipur and Jodhpur.