The 25 kilometer long train service to Katra from Udhampur is an important section of the long-awaited line connecting Vaishno Devi and the Kashmir Valley to the rest of the country. Katra town is famous base camp among pilgrims of Mata Vaishno Devi temple, where an estimated 10 million pilgrims pay reverence with their families every year.

Last year, on 7th December, 2013, the authorities successfully ran a light power engine from Udhampur to Katra. The main aim behind constructing the 25 kilometer line between Katra and Udhampur is for providing direct connectivity to Katra and benefit Vaishno Devi Pilgrims.

While the 53 kilometer long Jammu-Udhampur rail line was already operational, the proposal for the construction of a railway line on Udhampur-Katra route was made.  The trains can directly come to Katra from anywhere. The Udhampur-Katra route passes through inhospitable terrain, making it an extremely challenging project.

The work on Katra Udhampur rail project was conducted in 1998 but the actual groundwork was started in 1999 with the promise that Katra would be connected to the rest of the country by the end of 2005.

As on 31st March, 2014, the Udhampur-Katra rail project was completed and the honorable Prime Minister Narendra Modi flagged off the train on 4th July, 2014.

Tunnels & Bridges between Katra to Udhampur

The Udhampur and Katra route comprises of seven tunnels and 30 small & big bridges. Total 7 tunnels span over 10 kilometer of the 25 kilometer stretch.

The Katra Railway Station is equipped with a range of modern facilities which include tourist guide counter, waiting hall, cloak room, VIP lounge, escalators, lifts and parking spaces. The 4 platforms can accommodate 26 coach-trains. The escalator connects station building and platform number one. Lifts have been provided for going from platform number one to exit from station.

Name of the Trains for Katra

The new train to Katra has been named as Shreeshakti Express.

The inauguration of Katra-Udhampur Rail Line has come as a breather for the pilgrims visiting Vaishno Devi Temple. Earlier, pilgrims had to take a cab or bus from Jammu Railway Station that was a time consuming and comparatively more expensive process. From now onwards, they can de-board at Katra and start their trip to Vaishno Devi Temple in next few hours.

Places that can be visited By Katra- Udhampur Rail Line

Patnitop is a popular hill station that is located in the Udhampur district of Jammu and Kashmir. The name ‘Patnitop’ is a distortion from the original name ‘Patan da Talab’ meaning ‘Pond of the Princess’. It is dominated by shrubs and pine trees which heightens its scenic charm. During summers, the wonderful scenery makes it a soul stirring place. In winters, a thick mantle of snow makes it a favored destination for skiing lovers.

How to Reach Patnitop from Katra

The distance between Katra and Patnitop is just 81 kilometers. It takes around two an hour to reach Patnitop from Katra, due to the hilly terrain.

Sanasar is a cut-shaped meadow located 98 kilometers away from Katra. The beauty of massive conifers enveloping this place makes it a wonderful destination. This place is quite popular for paragliding, horse riding and other camping activities. Besides, there are a number of trekking trails in Sanasara such as Shank Pal Temple Trek. However, among all of them Paragliding is more popular.

How to reach Sanasar from Katra

The distance from Katra to Sanasar is 98 kilometers. This is a straight line distance and therefore most of the time the actual travel distance between Katra and Sanasar can be higher due to curvature of the road.

After receiving blessings from Mata Vaishno Devi Temple, you can set out on a journey to Shiv Khori, a place dedicated to Lord Shiva. It is a naturally formed Shiva Lingam, which is around 4 feet high.

How to reach Shiv Khori from Katra

Shiv Khori is located 71 kilometers from Katra. You will hire taxi from Katra bus stand to reach Shiv Khori Cave.

If you have desire to visit Kashmir valley while on Mata Vaishno Yatra. Just explore our special tour package “Idyllic Kashmir”. This tour package provides you tour to Summer Capital of Jammu & Kashmir along with Vaishno Devi temple tour.

[Explore More Than 50 Packages for Kashmir]

There are many tourist attractions to enjoy in Srinagar & other nearby cities of Kashmir like Shikara ride on Dal Lake, Gondola ride in Gulmarg, Mughal Gardens and many religious places like shankaracharya Temple, Hazratbal shrine etc. There are various shopping sites where you will explore art & craft of Kashmir valley.

How to reach Srinagar from Katra

The driving distance between Srinagar and Udhampur is 268 Kilometers. You will cover this distance by taxi or by bus . 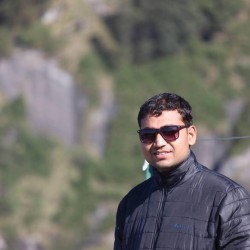 Vishal Chauhan
Vishal Chauhan is a procrastinator and a self appointed philosopher who likes to pen his randomly awesome thoughts. Although his chief interests are travel and health, Vishal is an expert commentator on Kashmir tourism and has a thing for mountains.

Vishal Chauhan is a procrastinator and a self appointed philosopher who likes to pen his randomly awesome thoughts. Although his chief interests are travel and health, Vishal is an expert commentator on Kashmir tourism and has a thing for mountains.