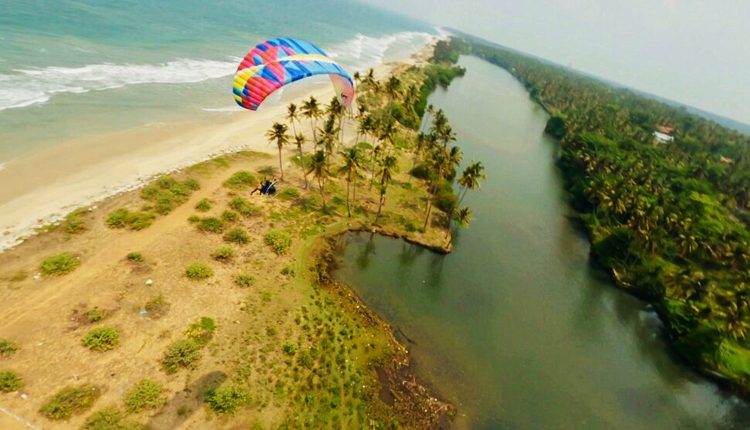 You are not physically designed to fly, but you can when you are in God’s Own Country!

Who said flying is reserved for birds and angels? When you are in God’s Own Country, everything is supposedly favored by God. Keeping this faith in your heart and mind, break the bond of gravity, and allow your eyes to cherish the lushness of Kerala as though you are a supernatural being. Counteract gravity like birds and also fly without wings! Wondering how? This is our job to tell; you just scroll on!

Up above the world, so high in the cloud-piercing heights, paragliding in Kerala is the best way to upgrade your flying experience in the air above the soaring sea level to hang out with birds. This type of flying is absolutely safe to cherish in the two Western Ghats regions – Munnar and Vagamon and at the Arabian Coastline of Varkala. Till now, you might not have paid attention to paragliding at Kerala, but now it’s high time you should give a mileage to this unwatched outdoor adventure in Kerala.

1. Munnar – Talk with birds and admire the lush greenery beneath your feet 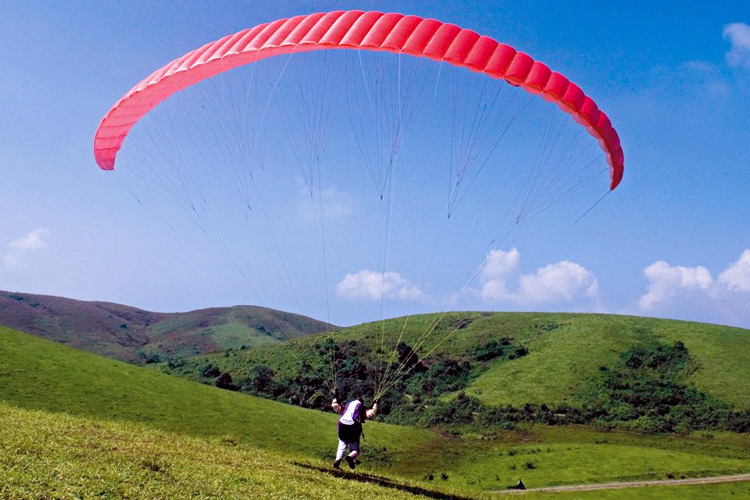 The idea of exploring the lushes tea estates of Munnar via foot may sound a good idea. But it is less addictive than beholding the beauty of Munnar tea while brazing up in the sky. Switch your mind to explore Munnar in a new way and cruise over the rainbow clouds above the converted tea bungalows, green meadows, and waterfalls.

Grip yourself by the remarkable feeling of paragliding in Munnar at an average elevation of 1,600 m (approx.) from sea level. Hook the beauty of Munnar in an all-new way and let the lush greenery below your feet, and return home with a memory of competing with gravity for a few minutes.

Tips for Stress-Free Paragliding in Munnar 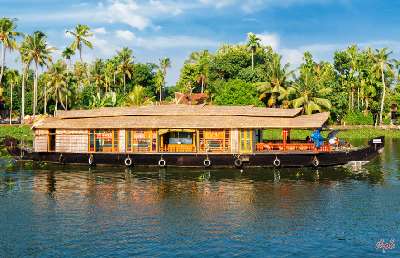 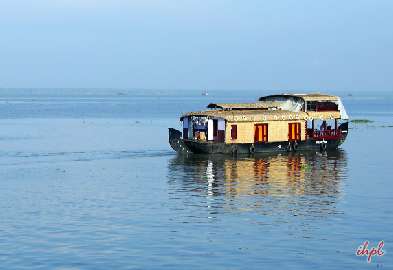 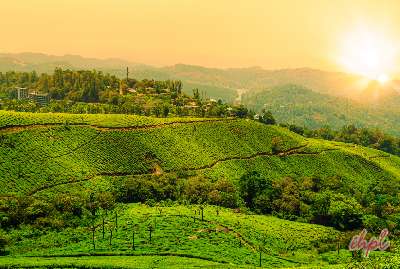 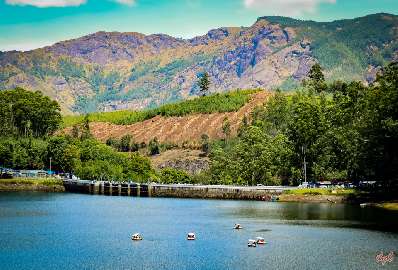 2. Vagamon – Enjoy the unadulterated thrill of flying in the paragliding capital of Kerala 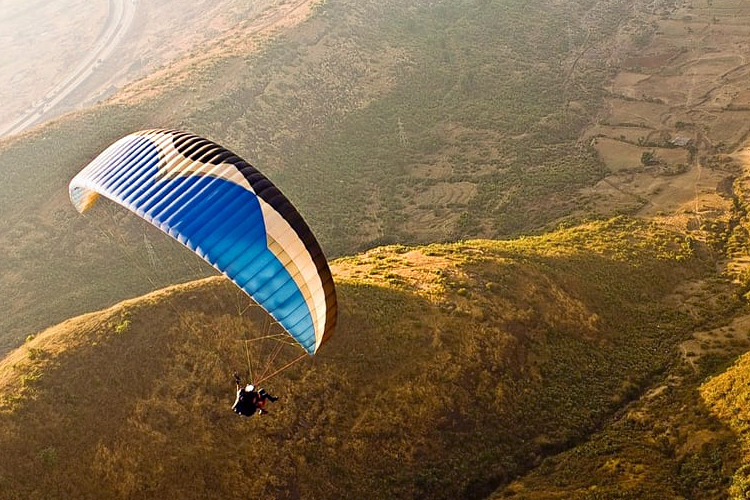 When Nat Geo featured Vagamon in its list of 50 best places to visit in India, paragliding lovers started venturing out to this hill station in Idukki District. Vagamon gained massive limelight when Kerala Tourism in 2018 February hosted the International Paragliding Festival. Located on the Idukki and Kottayam borders, there are several launch and landing sites for paragliding in Vagamon.

Enjoy soaring up in the sky over the boundary of two districts and start gliding through the picturesque cliff edge and finish a soft landing. Go Pro camera shooting with the package is a good deal to find yourself flying over the lush greenery beneath your feet in the form of tea plantations, waterfalls, and pine forests. When are you planning to hang out in the sky at Vagamon for paragliding in Kerala?

[ Plan a Holiday Trip to Vagamon with IHPL ]

Tips for Stress-Free Paragliding in Vagamon

Must Read:
Beautiful Lakes in Kerala
10 Incredible Places to visit in Kerala for a One Day Trip
Beaches in Kerala that you must include in your Kerala Trip

3. Varkala – Admire greenery and the blue Arabian Sea together while gliding 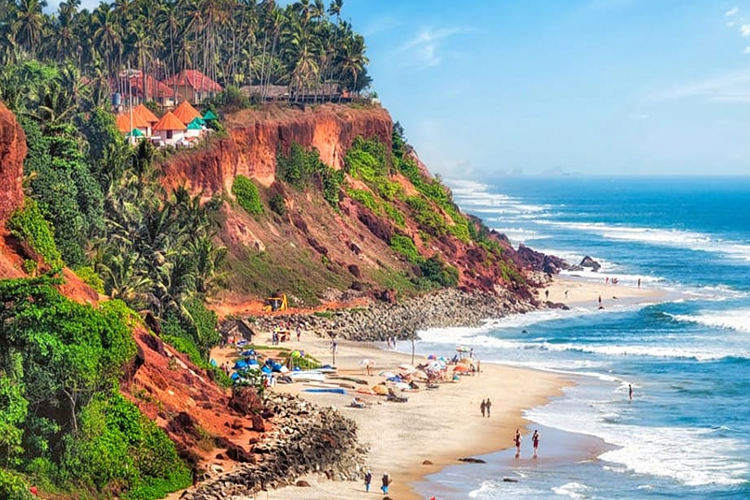 Bond with nature in the spectacular coastal town of Kerala near Trivandrum and take your paragliding experience to the next level in God’s Own Country. Paragliding at Varkala Beach means cruising through the cliffs adjacent to the blue Arabian Sea at normal heights, making Varkala one of the foremost paragliding destinations for kids.

Paragliders stay warm due to the warm thermals coming off the sea, and flights usually last around 10-15 minutes. Thanks to its salubrious weather and the setting of the cliffside and the Arabian Sea adjacent to it, Varkala is the year-round destination for paragliding in Kerala.

Tips for Stress-Free Paragliding in Varkala

Wrapping Up The Best Places for Paragliding in Kerala

The God’s Own Country is beaconing you to glide through the cotton candy skies above the lush green meadows and the Arabian Sea Coastline. Inhale the lush greenery by swishing through the air around the Western Ghats mountains of Vagamon and Munnar. Envision yourself cruising above the palm-fringed shoreline of the Arabian Sea in Varkala. Up above the world, so high in the cloud-piercing heights, paragliding in Kerala is best enjoyed at the Idukki District and the southern coastal town of Varkala.

The former ones have verdant meadows, tall pine forests, tea estates. While the latter one is known to provide views of the cliffs joining the Arabian Sea.

Boost your happy hormones with full throttle by selecting any of these places for paragliding in Kerala for a guaranteed hair-raising adrenaline rush in your veins.

Everything to Know About Paragliding in Kerala (With Cost, Course, Season)

Instructor With Passenger (Tandem Paragliding): Paragliding in Kerala is not performed alone by the paragliders. Tandem Paragliding is taken into consideration to soar high above sea level for up to 3,000 ft. In this type of paragliding, the pilot flies with you in the air, and even first-timer paragliders will have no problem until they fear heights.

A Safe Outdoor Adventure: Paragliding seasons in Kerala are performed under the supervision of the certified paragliders who know the tricks and strategies of cruising in the air. Passengers are briefed before taking the leap of faith from the cliff where you get to learn the do and don’t of paragliding when you are in the sky.

There is No Age Bar For Paragliding in Kerala: Still, the expert paragliders suggest getting involved in this activity only if you are above 14 years to 45 years. Children below 18 years are considered minor for paragliding in India, and thus, parent’s consent is required before hooking for flying without wings!

Monsoon Season Is A Strict No For Paragliding: Skip the idea of enjoying paragliding in Kerala or at any other destination in and around India because monsoon winds can damage the parachute and its harness. Irrespective of the place or location, paragliding in the thunderstorm and strong winds is strict no matter how professional a paraglider you are.

Clothes to Wear For Paragliding: You must not dress to look cool. Instead, while paragliding, wear a good pair of running shoes that are grippy because you need to run for a while before gliding from the cliff. Moreover, men should wear t-shirts and women should wear jeans while doing the activity. Wearing loose clothes is not suggested when you are going to fly into the air.

Popular Equipment of Paragliding: Wing, rope, harness, sunglass helmet all are considered and constitute the equipment for paragliding all across the world and so in Kerala.

Time Duration of Paragliding Activity: The average estimated time of paragliding in Kerala is supposedly around 15-20 minutes (approx).

10 Best Places to Visit in Thekkady to Unfold Wild and Calm Aspects of the Nature
Places to Visit in Kerala With Family to Show the Attitude of Gratitude
Munnar to Thekkady: A Scenic Road Trip in South India
Top 10 Backwater Destinations in Kerala that You Can’t-Miss
12 Best Wildlife Sanctuaries in Kerala
10 Incredible Places to visit in Kerala for a One Day Trip
Goa Vs Kerala: Where To Go For Next Holiday?

Q. Which place is famous for paragliding in Kerala?

Ans: Look no further than Varkala, Munnar, Vagamon for paragliding in Kerala. At these places, you will find certified paragliders.

Q. What is the cost of paragliding in Kerala?

Ans: The average cost of paragliding in Kerala starts from ₹ 3,000 (approx.) per person for 15 – 20 minutes (approx.). You can extend your ride in the air only if the weather permits that at additional cost to the instructor.

Q. What should be the minimum age to go paragliding?

Ans: Adobe 18+ years is the minimum age to paraglide on your own in India. People below this age bar must have to come up with their parent’s consent.

Q. What is the best time for paragliding in Vagamon?

Q. Is paragliding in Kerala safe?

Ans: Yes! Paragliding in Kerala is performed under the supervision of experts and certified paragliders who know them inside out of tandem paragliding and know how to harness the use of the safety gears.

Q. Is paragliding in Kerala expensive?

Ans: Partially yes and partially no! Because it depends upon your budget expense. However, compared to paragliding in North India, paragliding in Kerala is a little expensive.

Q. Can I experience paragliding in Varkala during my Kerala trip in October?

Ans: Yes! You can enjoy a paragliding activity in Varkala during your Kerala trip in October. However, weather conditions are subject to change anytime in Kerala from December to February because Kerala has monsoon for around 9 months annually.

Q. Is there paragliding in Kochi?

Ans: No! There is no paragliding in Kochi because there are no cliffs in Kochi. Cochin, aka Kochi, is a coastal town synonymous with the Queen of the Arabian Sea and is known for its fishing nets culture.

Q. Is paragliding safe for the soft-hearted (heart patient)?

Ans: No! Paragliding is not for the fainthearted. Whether it is India or any other destination, paragliding is only for the brave hearts of people. If you have any signs of cardiovascular disease, we strongly suggest you skip paragliding.