A tour to Lucknow is one of the most enriching experiences of tourism in India as the city is one of the best known relics of the rich culture of India,. Known for the air of regality which still pervades over almost each and every nook and corner of this ancient city, Lucknow is a historian's paradise. A city which has still preserved its royal lineage, much of the history of India can be traced back to the happenings in Lucknow. The city was considered to be one of the most important centers of power of the British Raj. Today one of the most important tourist destinations of Uttar Pradesh, a trip to Lucknow is made even more special by the facilities of accommodation which are provided by the various Hotels in Lucknow.

Reaching Lucknow too is extremely easy as the city is well connected to all the other cities of India. You can choose from a wide range of communication facilities which are inclusive of traveling to Lucknow by air. Lucknow possesses its own domestic airport, which offers facilities of regular flights to all the major cities of the country. The main airport at Lucknow is located at Amausi, which is at a distance of around 20 kms from the center of the city. There are also intensive talks which claim that the Airport at Lucknow will soon possess an international status and connectivity to all the major cities of the world.

Traveling to Lucknow by road is also extremely easy as the city is well connected to the other cities of India by a well maintained network of roads. An added advantage is its location on the National Highway. 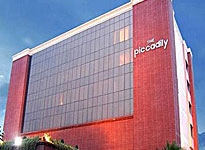 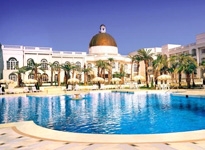 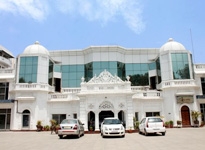 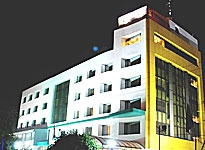 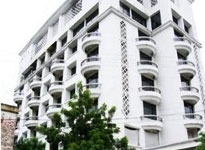