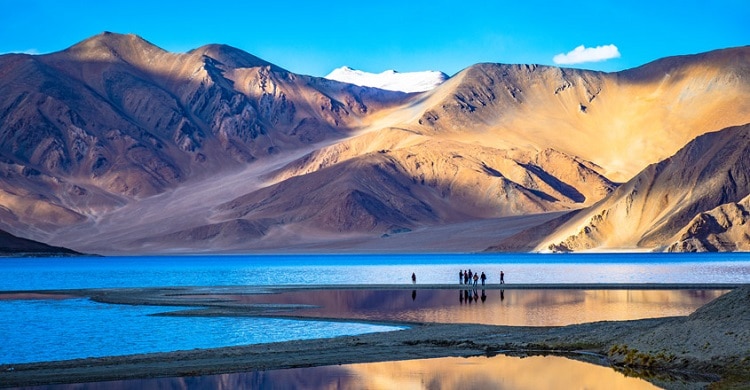 India is known all over the world for its iconic landmarks, unparalleled beauty, and unbelievably gorgeous places. Little did we know, there are mysterious, secret, and unbelievable places in India that you, unfortunately, cannot explore. Surprising right? That is why we have put together this list of forbidden places in India that locals and foreigners are not allowed to visit.

Disclaimer: This post is not meant to discourage India’s tourism in any manner. The purpose is just to spread awareness about places in India forbidden for Indians and foreigners alike.

Despite being incredibly beautiful, it is melancholic for avid travelers to learn about such places that cannot be visited without having a dagger hanging over your head. In this blog, we have shortlisted 11 forbidden places in India that are banned for reasons that make them more fascinating and leave you flabbergasted.

Here are 11 forbidden places in India where tourists are not allowed to visit:

From Ladakh to Mumbai and Sikkim to India’s major islands, this list consists of major places to avoid in India. DO NOT “try” to visit them as it can get you in a lot of trouble, which is not what anyone would want. Right?

Why is it forbidden? Location. 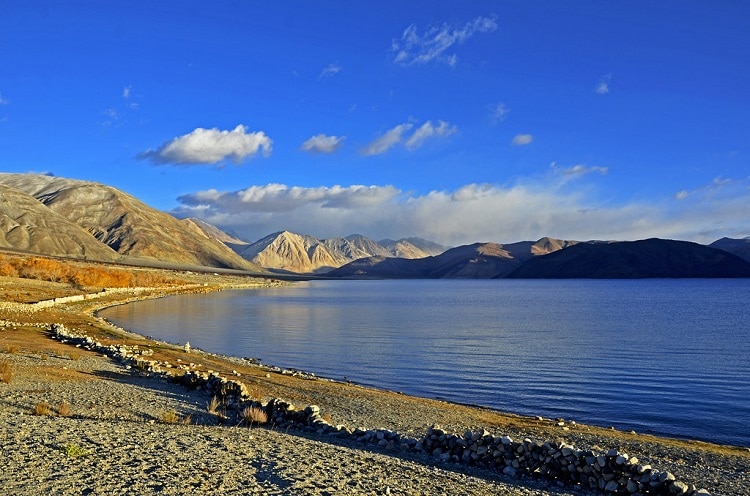 You might be wondering, how can a pristine lake like Pangong Tso end up in this list of forbidden places in India? Quite honestly, it is a bit surprising as a large number of tourists visit this color-changing lake every year.

With that being said, it is important to know that a major part that surrounds the lake is inaccessible for tourists. Why? Well, 50% of Pangong Lake is located in the disputed territory.

Explore Packages to Plan your Trip to Ladakh

Why is it forbidden? Environmental degradation. 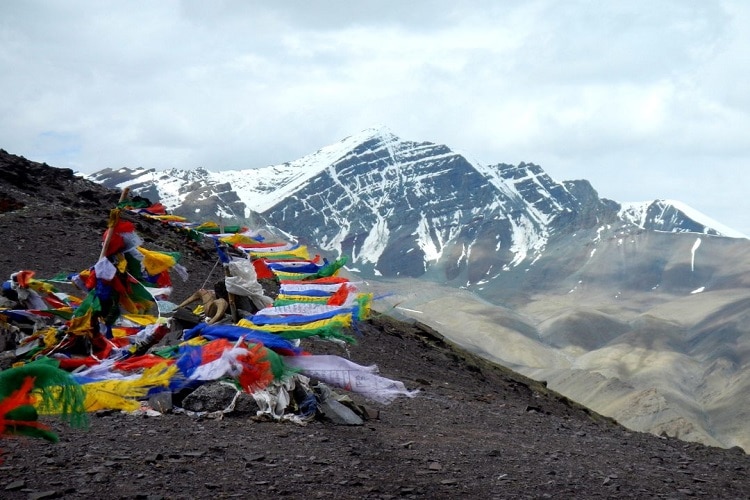 In December 2019, the All Ladakh Tour Operators Association affirmed that Stok Kangri is closed for trekking and climbing from 2020 to 2023.

For the time being, it is one of the places in India not allowed to visit. Hope it reopens soon and you can get back on that climbing expedition!

Why is it forbidden? The disputed border area between India and China. 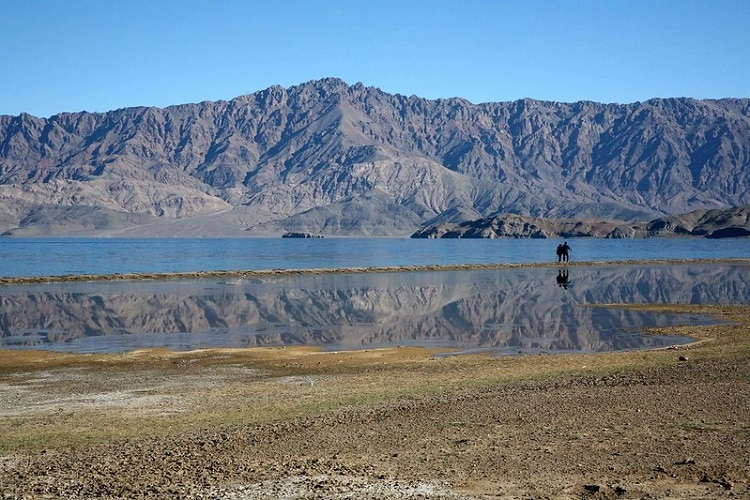 Aksai Chin is no less than a paradise for travelers and adventurers. It is blessed with breathtaking salt lakes, valleys and gorges, salt planes, and the pristine Karakash River.

However, it is one of the restricted places in India. This area has seen immense dispute with India claiming it is a part of the Ladakh region of Jammu and Kashmir.

When in reality, it is a part of the Line of Actual Control (LAC). This piece of land is a cold desert, untouched by tourists, and is one of the most dangerous places in the world.

Why is it forbidden? Religious reasons. Many mountaineers and adventure seekers in India wish to climb the world’s third-highest peak, Mount Kanchenjunga.

Unfortunately, it is not possible (at least from India).

The Sikkim Government had banned expeditions to the Kanchenjunga in 2001 under provisions of the Places of Worship (Special Provisions) Act, 1991.

It was shut off after local Buddhists expressed their antagonism by what they regard as the desecration of the mountain by godless foreigners.

Thus, it became one of the forbidden places in India that have been closed for two decades now.

Explore Packages to Plan your Trip to Sikkim

Why is it forbidden? It’s proximity to the Indo-China border. 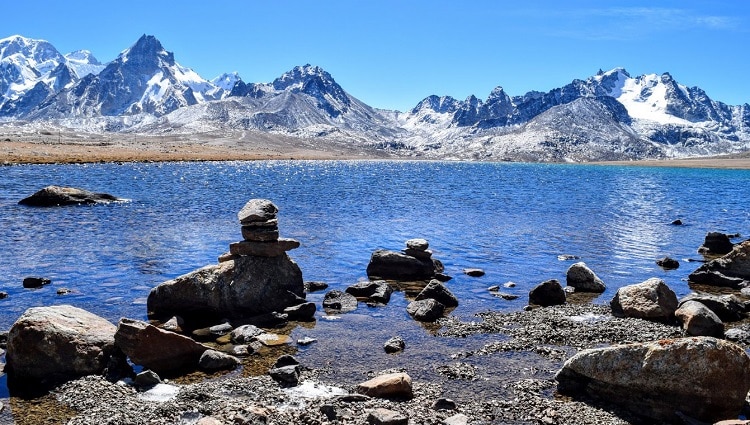 One of the highest lakes in the world, Cholamu Lake is off-limits for tourists.

Also known as Tso Lhamo Lake, it is located only a few kilometers away from the Tibet border and thus, it is among the restricted places in India.

Only the army and Sikkim police/administration can visit Cholamu Lake in Sikkim.

Having said that, the beauty of this lake is unparalleled. The waters from Kangtse glacier or Pauhunri glacier, Zemu glacier feed this spotless lake, which is the source of the famous Teesta River.

Why is it forbidden? It is the only active volcano in India. 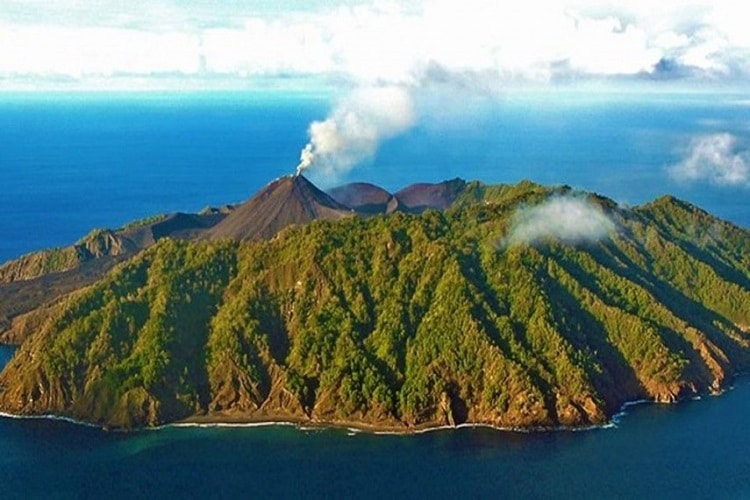 Andaman and Nicobar Islands is inarguably one of the most beautiful destinations to visit in India, however, not all of it can be accessed by tourists. Among them is Barren Island, a pristine gem of Andaman, which is the only active volcano in India.

It is not only a long-established active volcano in South Asia but the only active volcano along with a series of volcanoes from Sumatra to Myanmar. In 1991, Barren Island experienced a massive explosion that destroyed the fauna of this region, resulting in fewer bird species and populations.

And since, this place became one of the banned places in India. However, if you wish to see the island, you can take a boat or ferry and witness it from a distance. Visitor safety is the primary concern when it comes to the inaccessibility of the island.

Apart from this, it is said that the waters around the island are pristine and have Manta rays, basalt formations, and exotic coral reefs. But who knows, right?

Explore Packages to Plan your Trip to Andaman

Why is it forbidden? To protect Sentinel tribe. 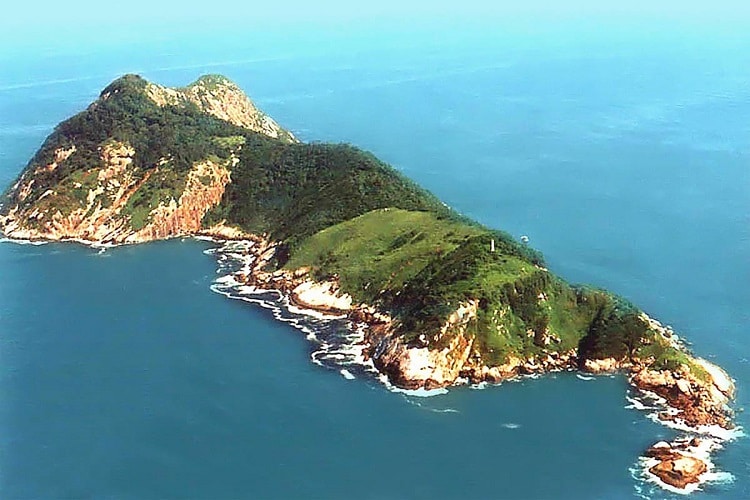 According to the Andaman and Nicobar Islands Protection of Aboriginal Tribes Act of 1956, North Sentinel Islands are prohibited to visit. Why?

Because the Sentinel tribal people, who are just 50 to 150 in numbers have cut themselves off from the outside world and do not want to be a part of civilization as per BBC News.

In 2006, the Indian Government restricted going anywhere within 4 km of the islands to prevent casualties and respect the wishes of the Sentinelese tribe.

However, back in 2018, an American traveler tried to enter the islands secretively and was taken down by the Sentinel tribe. He, allegedly, was trying to preach Christianity to the tribal people. Guess, it is one of the mystery places in India that will remain unknown forever!?

Why is it forbidden? To keep native culture and inhabitants safe. 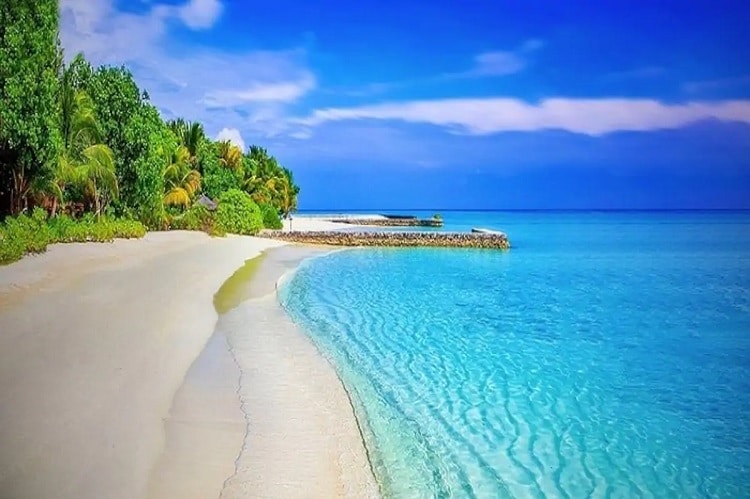 They have maimed some people a long time back with their arrows and bows who tried to vehemently enter their territory. To honor their feelings and keep them protected, the Indian Government banned the entry of tourists to the Nicobar Islands.

Even the locals in Port Blair cannot visit here. Also, the Indian Navy keeps a watch over the island. Only some researchers are allowed to visit this forbidden place in India that too after rigorous formalities.

Why is it forbidden? To protect the local population. 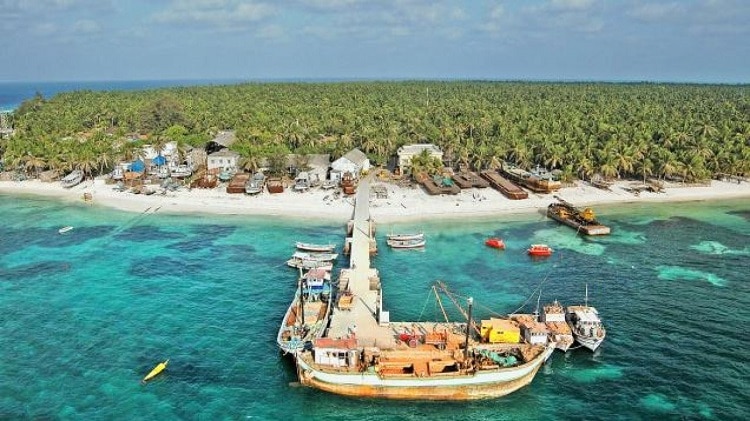 Lakshadweep, as we all know, is an archipelago is 36 islands, of which only a few are accessible and open for tourism purposes. While some islands are flourishing because of tourism, others are forbidden for tourists.

Keeping the interest of the local population, this island has come under the list of places forbidden in India. Not just this, the island is also an important naval base, and thus, security is the primary concern. Indian citizens can be granted permits for entry to islands like Bangaram, Agatti, Kadmat, Kavaratti, Kalpeni, and Minicoy Islands, while foreigners are banned from a few. Entry to the rest of the islands in Lakshadweep is barred for all tourists and if you still try to enter them, you will land yourself scads of trouble.

Explore Packages to Plan your Trip to Lakshadweep

Why is it forbidden? Proximity to Indo-China Border 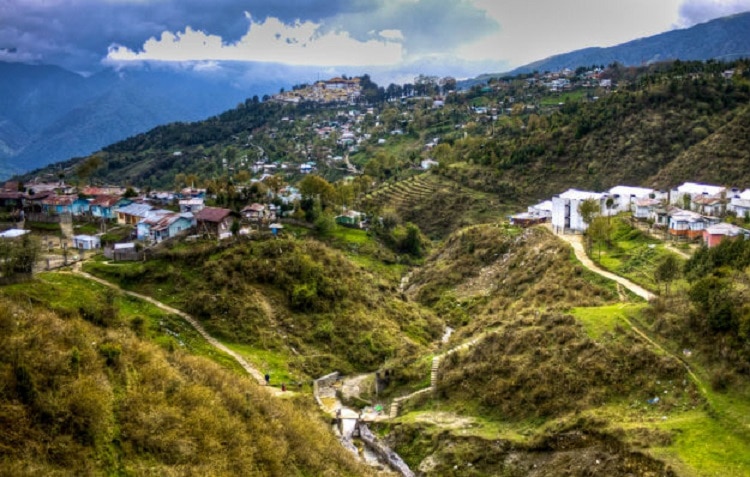 China claims around 90,000 sq. km of Arunachal Pradesh’s territory and it is estimated that nearly 50 sq. km of the Arunachal’s border is under China.

The authorities have built a village on the land occupied by the People’s Liberation Army (PLA) by invading an Assam Rifles post in 1959 on the disputed border in Arunachal Pradesh and not on the area controlled by India.

Even after the 1962 war, they did not give up on the area and have built a village just like in Aksai Chin, where they have built airfields and other military establishments. This dispute has banned tourists to visit the borders of Arunachal Pradesh and made it one of India’s most dangerous places.

Explore Packages to Plan your Trip to Arunachal Pradesh

Why is it forbidden? Security and Safety reasons. 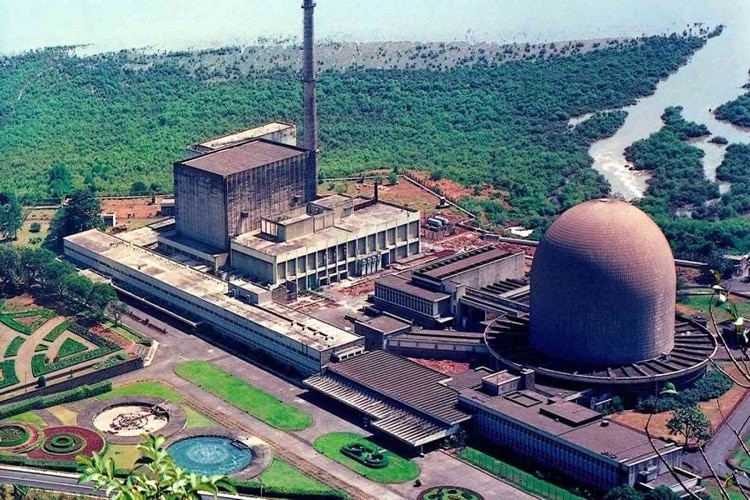 BARC or Bhabha Atomic Research Centre in Mumbai is one of the restricted places in India for tourists. It is located in a suburb in Mumbai called Tromboy and is the premier nuclear research center in India. Visitors and tourists cannot enter the research facility due to reasons of security. Only students and researchers can visit the center after taking a series of permission from government institutions.

Explore Packages to Plan your Trip to Mumbai

As a keen traveler, it is harder to resist visiting secret places in India. Whether they are barred for a short or long term period, we must respect the decision of our authorities who are trying to keep locals and tourists safe and secure. This blog included all the major places in India that are outlawed for Indians as well as foreigners. Be it an isolated island, a trekking peak, or a disputed border, DO NOT attempt to visit any of the forbidden places in India or else, you will find yourself in great trouble.

Dropped out of B. Tech to fulfil her dream of traveling and writing, Manmeet is an SEO Content Writer with a passion for exploring destinations, and their food, which can be seen on her social media.