Eravikulam National Park is home to highly endangered species of wild goat known as Nilgiri Tahr and remains closed between February and April, which is their calving season. Apart from the Tahr, the park is also home to Stripe-necked mongoose, Sambar Deer, Nilgiri langur and predators like Wild dog, Golden Jackal and the leopard. Animals such as Indian porcupine, Nilgiri marten, small clawed otter, ruddy mongoose, and dusky palm squirrel are also found in the park. A new reddish-orange-colored frog with multiple glands and extremely short limbs has been found in the Eravikulam National Park. This national park is home to around 29 species of mammals.

One can find around 132 species of birds in the park, which makes it a must visit for bird watchers. In the park, one can spot rare species like Nilgiri Wood Pigeon, Black-and-orange Flycatcher, Yellow-throated Martin and Kerala Laughingthrush.

The highest peak in south India, Anamudi (2695 m) is located inside the park, offering excellent opportunities for trekking and enjoying mesmerizing views of the sanctuary. Also known as Rajamalai National Park, the park promises a great and memorable experience to every visitor. The best time to visit the park is from the month of September to February. 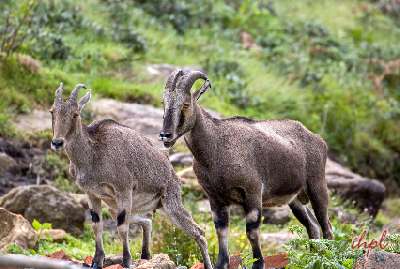