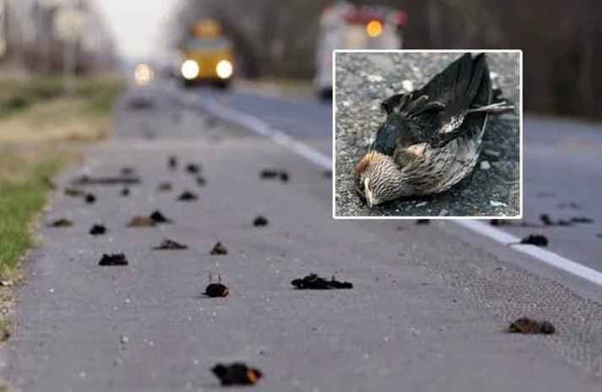 Diverse cultures, languages, cuisines, traditions, and customs; India has been a famous country for many reasons. Another reason India is known around the world is its legendary folklore and uncanny beliefs. And it is up to you to either believe it or just brush it aside.

Also, whether we agree or not, we always get intrigued when someone talks about spooky things, mysterious folklore, and myths. And things get even more interesting once we cross the bridge of fact and just focus on fiction.

The spine-chilling folklore you are about to read, may not have an explanation but is believed. And for sure, these will stir your curiosity.

Here are the best urban legends of India that are nothing but old wives’ tales. However, these are accepted widely and add to some good storytelling times and make great reads. 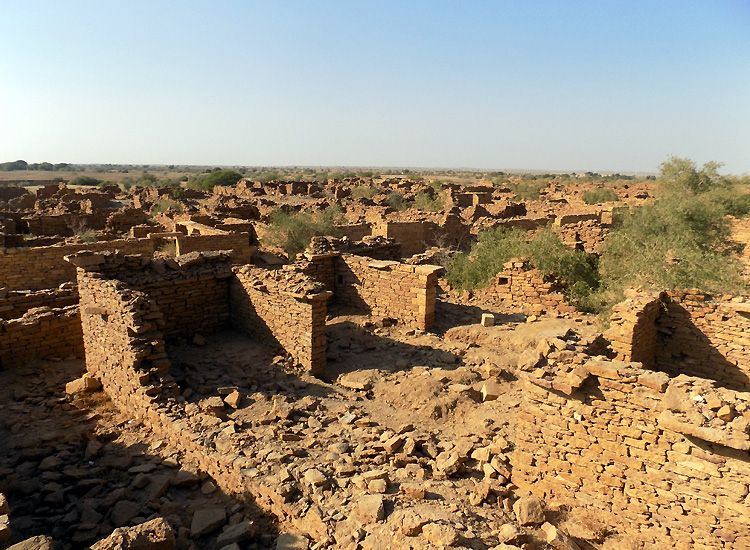 Once upon a time, there was a well-off village near Jaisalmer. One night, it just vanished.

The village of Kuldhara had 84 villages and within a night, it ceased to exist. People say that villagers left their homes but no one saw them leaving. How? Why? Where? These questions remain unanswered.

According to an urban legend India, a minister wanted to marry the daughter of the village chief. When rejected, the minister warned them to give him the girl within 24 hours or they will face consequences. The entire village thought of leaving rather than to give in to his cruel intent. But before they took-off, they put a curse of death on Kuldhara village. After that day, anybody that tried to live here faced death.

Will you take the risk to live here? 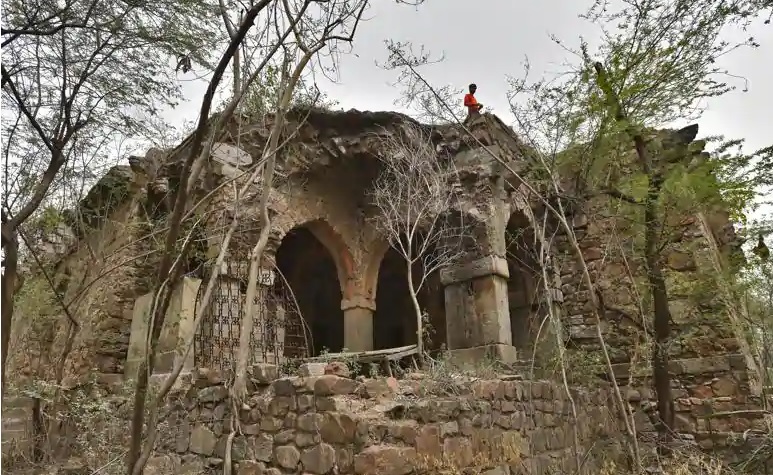 A 14th-century hunting lodge, Malcha Mahal was built by the Sultan of Delhi – Feroz Shah Tughlaq. Later in the 19th-century, the rulers of Oudh, Uttar Pradesh took over the mahal in New Delhi.

Britishers took over in 1856 and the Mahal’s king, Wajid Ali Shah was sent to Kolkata. After years, Wajid’s angry daughter announced a legal battle with the Indian government. And when she finally got custody of Malcha Mahal, she moved in with her two children. No one to this date knows why she committed suicide several years later and left her children with the treasure and property.

Legend has it that the descendants of Nawab Wajid Ali Shah isolated themselves and continued to live here. People have often been gunned down and have bounds set on them. The guards of the nearby Earth Centre claimed to see journalists sneaking in Malcha Mahal and never returning.

Are you brave enough to trespass? 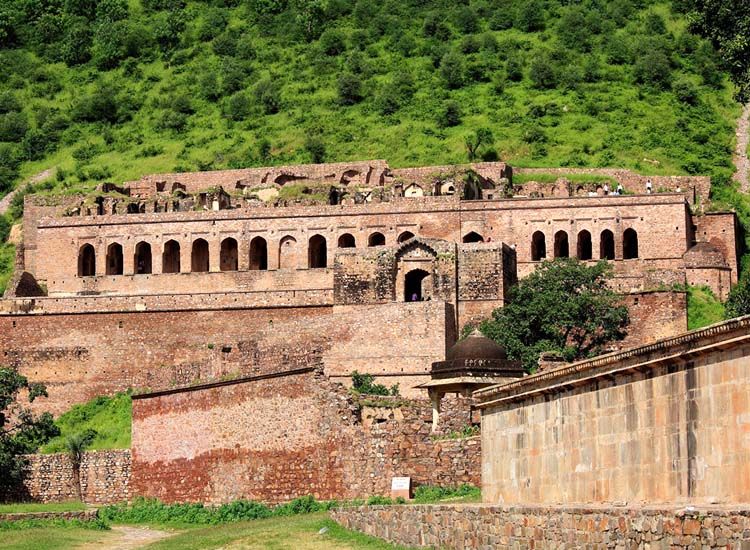 All the Delhi people may or may have not known about this. Ghost enthusiasts are intrigued to visit this fort situated on the outskirts of Delhi.

It was built by Raja Bhagwant Singh in 1573 AD and is among the most haunted places in India. Moreover, the Archeological Survey of India has forbidden access to the fort after sunset and asked the locals to move outside the limits of the Bhangarh fort.

There are two legends of this place. The first one mentions the city of Bhangarh to have been cursed by a religious man called Baba Balak Nath. He permitted the fort’s construction but made a condition to not cast a shadow over his home. He also warned that if this happened, he would ruin the city. What do you think happened? The fort formed a shadow over his house and he cursed the town along with the Bhangarh fort. People also say that his body is still buried there.

The second legend is about a wizard named Singiya. He was head over heels in love with the Princess of Bhangarh, Ratnavati. So, to win her over, he put a spell on a fragrance and asked her maid to give her. The Princess was aware of this and his plan spoiled. Enraged, the wizard cursed the city. Many people believe that his ghosts still haunt the place.

People also say that Princess Ratnavati reincarnated in a new body and Bhangarh Fort is still waiting for her to put an end to this curse.

Would you dare to go? 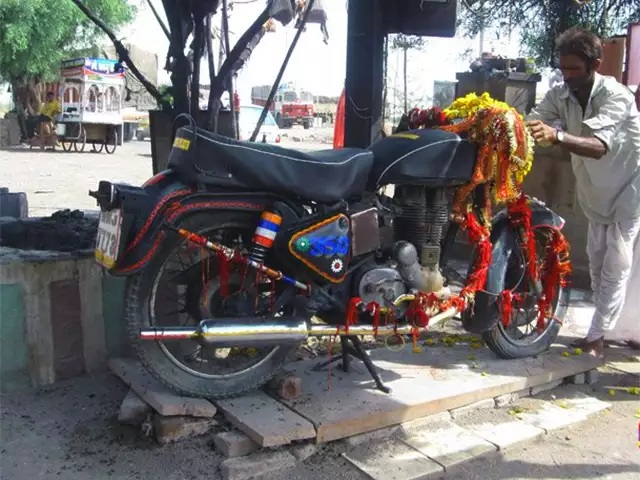 According to legend, Om Banna died some 20 years ago while driving his bullet and was passing through Jodhpur. The police came and took the bullet to the police station. It is surprising to know that it keeps on disappearing from the station only to be found at a new place each time.

The news spread like a forest fire and this bike is now placed inside a temple. People offer a “Bullet” brand beer to keep his ghost satisfied.

So, next time you pass through Pali-Jodhpur highway, don’t honk and make sure to worship him, or else you won’t make it to your destination alive.

Do you have the nerve to Honk?

Another mind-boggling urban legend comes from northeast India. Many years ago, it was all over the news that disturbed a lot of people.

Bird Suicides! Yes, Jatinga is known for its crazy urban legend of the supernatural angle of bird suicides. Every year from September to November, birds randomly come flying to this specific location and drop dead on the ground. Weird right?

For so many years, people believed that this was some other-worldly phenomenon that intrigued a lot of researchers from around the world. Studies suggest that birds get lost when they enter a fog and try to travel to any source of light. They accidentally hit the street lights and walls that lead to their death.

Locals have also stated to hit the disoriented birds as they make for easy prey. Whatever the theories are, Jatinga remains a mystery to inquisitive explorers. 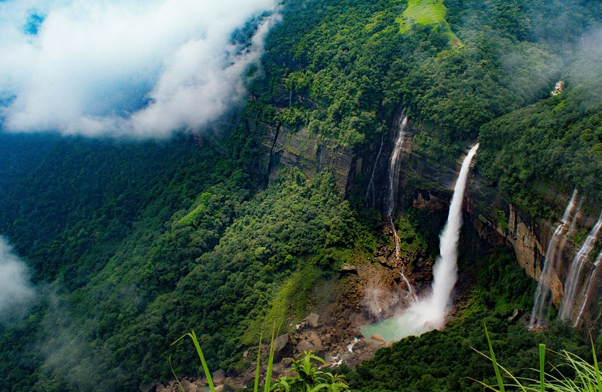 ‘Noh’ that means to jump truly is what this urban legend of India is based on. It is about a woman jumping off the tallest plunge waterfall in India – Nohkalikai falls. Why did she do that? Let’s find out.

According to legend, a widow named Ka Likai lived with his infant in Meghalaya. She remarried but gave undivided attention to her child. The husband got jealous, killed the infant, and cooked him. After work, the mother sat for a hearty meal cooked by her husband and found a tiny human finger in her food. Can you guess what happened after?

She screamed on top of her lungs, grieved, and cried. Ka Likai ran out of the house like a mad person and jumped off the Nohkalikai waterfall. 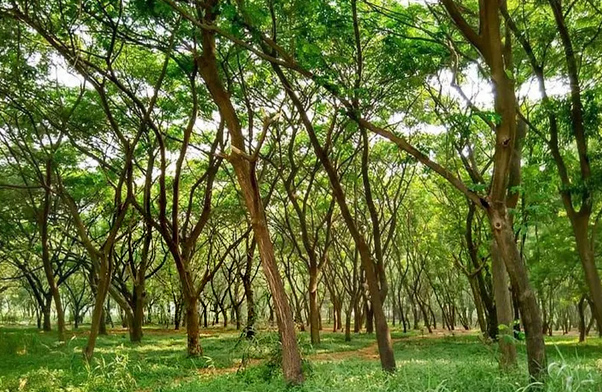 White saree, messed up hair, car chasing? Sounds familiar? This has been the basic storyline of several movies. And you probably already know this!

What if this becomes reality and your biggest nightmare?

Situated in the suburbs of Goregaon, Aarey Colony is known for chasing ghost stories. Serving as a picnic spot in the daytime, this colony becomes a hub for ghosts at night. Many filmmakers shoot at this very location that had frightened the crew members in the past. Also, people say they have seen a woman lurking around late at night. The guards of the Aarey Colony also claim to have heard and seen a lady ghost that chases and stops the people driving around.

And, if you will not stop, she will scare the hell out of you!

Don’t even think about a night drive here! 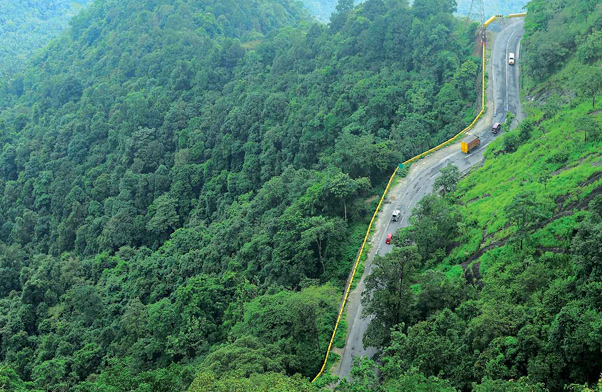 DO NOT take other people’s credit! Yes, this urban legend of India is based on credit theft only.

So, this story comes from the Wayanad district of Kerala, particularly from Thamarassery Ghat Pass. It is believed to be haunted by a local tribesman called Karinthandan. Legend says that a British once took help from this tribesman and that’s when this tale began. He wanted to find the shortest route to cross over the Thamarassery pass to gain access to the treasure trove of Wayanad. So, the tribesman, being a nice person, helped him.

What did the Britisher give him in return? Thank you? We wish! He brutally murdered him and took all the credit for finding this route. After a while, travelers passing through the Lakkidi Gateway reported seeing the wandering ghost of Karinthandan.

A priest was also called to chain his ghost to a tree. Surprisingly, this chain has grown with the tree, which people think to be the spirit of Karinthandan that has not been freed till now.

Do you have the audacity to take other people’s credit now?

The Legend of the Seven Pagodas As the name suggests, this is the legend of the mystical Seven Pagodas. And they have an undefined mystery.

Mahabalipuram’s legend states that during the eighth century, the Shore Temple – a UNESCO World Heritage Site was accompanied by six other temples. These pagodas were so breathtaking that even gods couldn’t resist admiring their beauty. They got “jealous”! Can you believe it? The Pagodas must be hella gorgeous!

However, Lord Indra instigated a storm that engulfed the whole city underwater except for one, the Shore Temple. During the tsunami of December 2004, century-old residues were seen on the ocean floor and were speculated to be the remains of these mysterious pagodas. 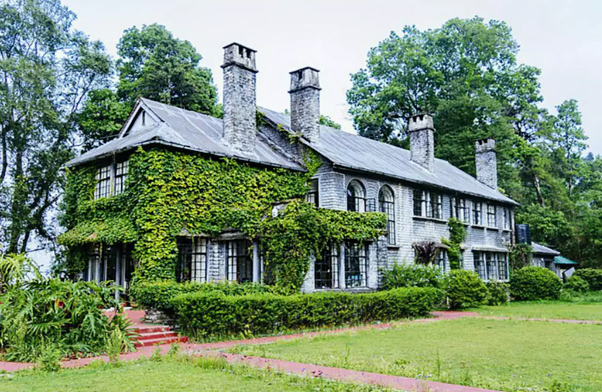 A beautiful house of wood and stone, ivy-covered walls, and stunning exteriors. Sounds like a dream house most of us want to live in!

Sorry to disappoint but Morgan House is among this list for a reason. Now managed by the West Bengal Tourism Development Corporation, Morgan House was once a British mansion. According to legend, the spirit of Lady Morgan still lives in this house. After all, we cannot be mad at her for living in her own home, right?

She was so attached to her house that she decided not to leave even after her death. Did you expect an end? There is none. That was all!

The good news is that it has been turned into a heritage boutique hotel that you can actually visit.

Whether you believe it or not, these urban legends of India make a good story every time you sit with your friends and family. Also, don’t try to be adventurous and hit them up at night with a dingy torch. Ask the locals, they will fill you up with dozens of hair-raising ghost stories.