One of the most popular tourist attractions of Coorg, Madikeri Fort is the popular historical landmark of the town as well. Located in the heart of the town, the strong walls of the fort still preserve its architectural charm. Within the premises of the fort, there are several structures that offer breathtaking views of the surroundings.

Commissioned by the ruler of Coorg, Muddu Raja, this fort was founded in the second half of the 17th century. From that time, there have been several changes in its architecture. The mighty structure has been able to stand the test of time. In the present times, the fort is managed by the Madikeri Deputy Commissioner’s Office.

The history of the fort can be dated back to the 17th century when Madikeri was made the capital of Coorg by King Muddu Raja. At that time, the fort was erected as a mud structure. He also commissioned another mud palace in the premise of the fort.

Nevertheless, the fort was rebuilt in granite when the fort was seized by Tipu Sultan. He later named it Jaffarabad. After ruling the fort for a while, Tipu Sultan was overhead by Dodda Virarajendra who seized the fort in the year 1790. Between the duration of 1812 – 1814, further renovations were made by ruler Lingarajendra Wodeyar II. Then, in the year 1834, the British rulers captured the fort who further made renovations in the fort and its other structures.

Madikeri fort is an exclusive fort that comprises of a number of structures along with a museum, a temple and an Anglican Church. It is believed that the British removed a temple of Virabhadra from within the inner fort and constructed St. Marks Church on its place. The church was built in Gothic style and has stained glasses windows. Another mystery connected to the fort is that it consists of a number of secret passageways.

An architectural wonder, the fort today has 2 huge stone models of elephants that are placed in the north-eastern corner of the fort. It demands your attention as you enter the fort. This huge structure is two-storied and is 110 feet in length. The British tried to remove the structure twice and then added a huge grand tower in the fort in 1933. A portico to park the commissioner’s car was another addition by them.

The fort also has a tortoise sculpture that contains the initials of the name of King Vijayarajendra. A small square-shaped Mantapa in stone is also built in the fort. As this structure is placed on certain height, it offers nice views of the western side of the fort. It is said that this place was the relaxing spot of the erstwhile rulers of the fort.

A connection between the past and the present- Madikeri Fort

It is said that the fort is a connection between the old and the new times. The State Archaeological Department converted St. Marks Church into a museum that showcases several antique objects and historical items, related to fort and its surroundings. Most of the artefacts belong to the British rule. There is another section in the museum that has honors and awards given by the well-known personalities of Kodagu and the Indian Army to Field Marshal K. M. Cariappa.

Other structures in Madikeri Fort 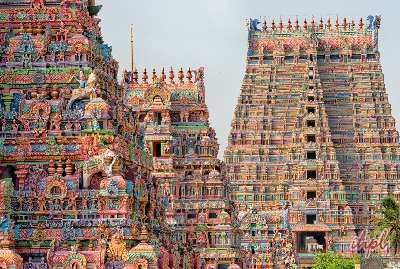