A jewel in the crown of Udaipur, the City Palace is one of the most beautiful edifices on the banks of Lake Pichola. Lined amongst the greatest architectural marvels ever constructed in history, the City Palace is a major tourist attraction in Udaipur.

The Udaipur Museum was built in the complex to preserve the heritage of Mewar and the royal family. Complimenting the architecture of the City Palace, the museum is segmented into a series of palaces built over three centuries.

Also known as Pratap Museum, the City Palace Museum houses a remarkable collection of ancient sculptures, antiques, and inscriptions of the bygone era. In addition, rare Rajasthani murals, court paintings of the Mewar school, glass inlay work, and artifacts add charm to the different sections of the Museum.

Things to do at the City Palace Museum

How to reach the City Palace Museum in Udaipur

Get a taxi from the Dabok Airport, about 23 km away, or Udaipur Railway Station, around 2 km away. You can also get buses from various parts of the city to the museum. 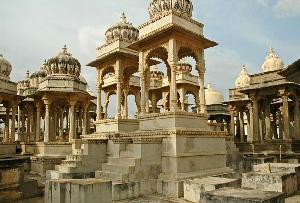