The temple was constructed under the rule of the then Maharana Raj Singh. The Shrinathji image of Lord Krishna honors the 7-year-old child version of Krishna. This avatar is also called Gopala, which was first worshiped by the Vallabhacharya in the Govardhan region of Vrindavan.

Shrinathji’s sculpture carved out of a black stone is believed to have been built around the 12th century BC. And the stone is said to be self-manifested from the Govardhan Parvat. Lord Krishna lifted it to protect Vrindavan locals from Lord Indra.

The temples have been under the threat of loot and plunder like Sultans and Mughals. Therefore, when Mughal Emperor Aurangzeb invaded Vrindavan, people shifted the temple to another destination. But legends say that during this shift, the cartwheels holding the statue came to a standstill.

Moreover, the priests taking the idol took this Lord’s wish to stay there. Thus, the same spot is where you see Nathdwara Temple or Shrinathji Temple.

Nathdwara Temple’s legend can be found in the Pushtimarg scriptures of the Vaishnava sect. As per Vallabhacharya, Shrinathji used to visit Mewar with Ajab Kunwari, his young princess, due to the game of Chaupar.

She loved Mewar, and when they went back to Vrindavan, the princess used to be sad. So, Shrinathji promised her to make Mewar his permanent residence someday. Thus, when the cart got stuck and came to a standstill, he believed it was God’s will.

The Architecture of Nathdwara Temple

Yet quite simple from the outside, the Nathdwara temple holds an aesthetic appeal. Therefore, the interiors are divided into different sections. Highly appreciated is the statue of Lord Shrinathji, which is carved out of a large black stone and has images of two cows, a snake, a lion, two peacocks, and a parrot imprinted on it. To have a gala time, it is best advised to visit the Nathdwara temple during the festivals of Janmashtami and Holi.

How to Reach Nathdwara Temple Udaipur

The temple is in Nathdwara town in Udaipur, which is well-connected to major cities in India like Delhi, Mumbai, Surat, Jaipur, etc., via air, rail, and road. Also, public transport is available like taxis, cabs, auto-rickshaws, and buses to reach the Nathdwara Temple, Udaipur. 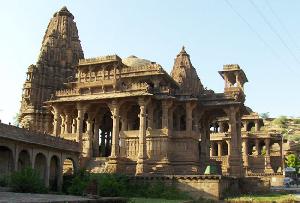 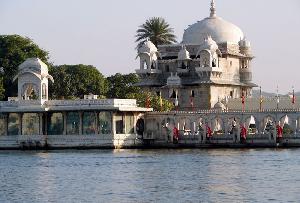 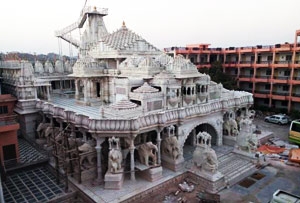 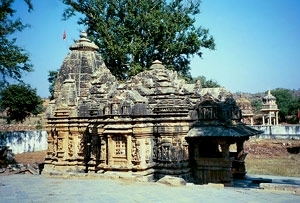 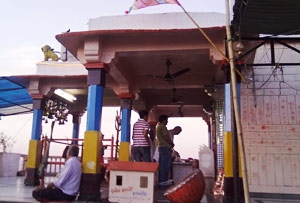 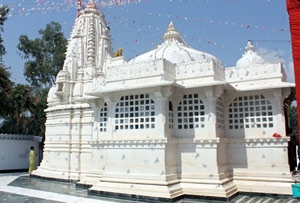 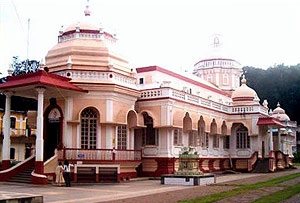 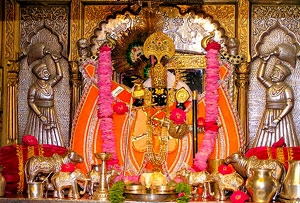