Faizabad Tourism | How to Plan a Trip to Faizabad


Faizabad At a Glance
Plan My Trip

The ancient buildings built by the ruler Safdar Jung and Shuja-ud-daula still stands as a reminiscent of the era and boasts of the rich architectural expertise that was practiced in India and was more of a status symbol for the rulers to build beautiful buildings to commemorate their loved ones.

The Calcutta Fort, Mausoleum of Bahu Begam more popular as Gulab Bari, Mausoleum of Shuja-ud-daulah, Museum, Chakra Harji Vishnu Temple and Gupta Harji and Raja Mandir are some of the major Tourist Attraction in Faizabad and must be visited while on a Tour to Faizabad in Uttar Pradesh in India.

The historical importance of the city grew with the Mughal reign. The historical buildings present in the cities makes a tour to Faizabad while on Tour to Uttar Pradesh makes it more interesting and attractive as a tourist destination.

The Mausoleum of Bahu Begum is another example of fine architecture. This mausoleum is considered the best of all in Awadh. The building is a white marble building and rises to a height of 42m.

The museums and the temples present in Faizabad are also of major tourist attraction in Faizabad. The Chakra Harji Vishnu Temple bears the imprint of the Lord Rama's feet. 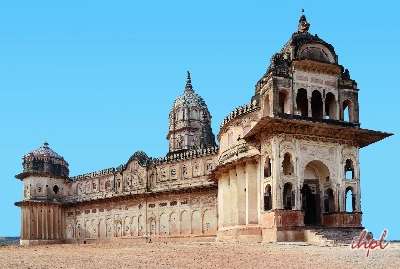