Places to Visit in Kolkata

Kolkata is reminiscent of its past glory during the British rule and stands out as one of the most quintessential cities that has a perfect blend of the modernity and old heritage going hand in hand. The tourist attractions in Kolkata remind us the yesteryears when the British used to rule the nation and Victoria Memorial is the apt instance of it. This is one of the most magnificent tourist attractions in Kolkata that is still having its old charm and grandeur. Howrah Bridge is another instance that is a perfect instance of extreme engineering that awe-inspires the visitors from the different parts of the world to pay a visit to this lovely city.

There is a Kali temple at Kalighat which is also one of the tourist attractions in Kolkata and is visited by a large number of Kali devotees from the different parts of the country. If a legend is to be believed then Kolkata has derived its name from this temple. One will also come across St.Paul's Cathedral, the first Episcopal Cathedral Church to be erected in the eastern world Chowringhee Road. Belurmath about 10 km. from Kolkata is the headquarters of Ramakrishna Math, which houses more than 100 centers in India and abroad.

Birla Planetarium is one of the largest in Asia built after the Buddhist stupa at Sanchi. One can also see a large variety of the animals at the Alipore Zoological Garden which is located opposite of the National Library at Belvedere Road as one of the important tourist attractions in Kolkata. There is also a cricket stadium which is famous all over the world "Eden Gardens Stadium". The writers of the East India Company who used to reside in the Writers Building which is also one of the major tourist attractions in Kolkata. The journey to Kolkata is not mere a journey but a spiritual, cultural and a journey of entertainment fore the tourists who visit here.

By Air :- Netaji Subhash Chandra Bose International Airport which is in Dum Dum is located at a distance of 17 km from the city center. The major airlines that serve Kolkata are well connected by the air transport and fly from all the metropolitan cities.

By Rail :- The rail connection to Kolkata is by the two major stations which is Howrah and Sealdah and is well connected to Delhi, Mumbai and Chennai. The super fast trains serve the city equally well.

By Road :- Kolkata is also well connected by the road transport as it has a key bus terminus which is at Esplanade and connects the major cities of West Bengal.

Kolkata is the capital city of west Bengal and is aptly conceded as the cultural capital of India as well. Once upon a time it was one of the favorite places for the British and hence was the base for the British establishment. The affinity for Kolkata is quite clear for the British as they built two of the finest structures which are the Howrah Bridge and the Victoria Temple. There are a lot of other places for sight seeing for the tourists that make it one of the most preferred destinations for the British when they come to tour to India. The "City of Joy" as it is also called, is well connected by the rail, road and aerial transport.

Things To Do in Kolkata 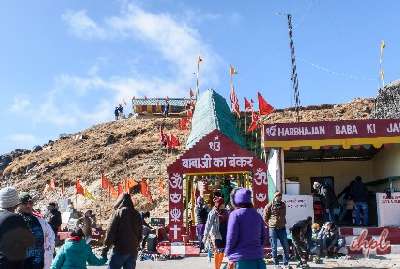