The capital of India, Delhi, is a potpourri of people who are followers of different religions. While followers of Hindu religion are in the majority, Sikhs also form a sizeable chunk of the population in the city. Delhi is home to some of the most popular Gurudwaras (Sikh Shrines), which also have some very interesting legends behind them.

Gurdwaras in Delhi does not just hold reverence for Sikhs, but are largely visited by the people of other faiths as well during festivals like Gurupurab, Prakash Utsav, Baisakhi etc. Here is one of the most famous Gurdwara in Delhi, click on the make to gain a detailed account filled with interesting information: 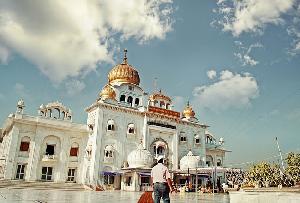