Jal Mahal is one of the most popular monuments in Jaipur, showcasing the splendid architecture of the Maharajas era. Its charm and grandeur often lure tourists from far-off corners of the world. A striking architectural landmark, the palace is in the middle of Man Sagar Lake, built for recreation and pleasure. This reflects the royal taste of the Rajputs during that era. This palace was primarily used for arranging local duck shooting parties. Such parties were a regular custom of the Rajput family as they used to take part in such parties with great enthusiasm.

At the palace, there are memorials of the Rajputs. Many visitors are surprised that the first four floors of the palace are submerged under the Man Sagar Lake. Only the top floor of the place is visible to the onlooker. These features reflect the excellence of architecture of that period. It offers a great tour value as the particular palace not only reflects the excellence in the architecture of that period but also reveals the Rajput tradition and culture. Hence, the Jal Mahal Palace in Jaipur India is a popular tourist attraction in Rajasthan.

Here is complete guide about Jal Mahal in Jaipur

There are no official records to state the construction of Jal Mahal. But the legends say Maharaja Sawai Pratap Singh commissioned this palace in 1799. He wanted to use it as a hunting lodge for his duck shooting adventures and not to stay. So the lake's formation was accredited to him as it was formed after constructing a dam between the hills.

Another tale says that Maharaja Madho Singh built Jal Mahal in the 1750s as a hunting lodge. And later, his son Madho Singh II played a key role in beautifying the interiors of the 18th century. He added courtyard grounds, still a part of Jal Mahal.

Maharaja Jai Singh II gave the lake a makeover in the 18th century. After that, this heritage site started depreciating due to water logging and sewage problems. Then, restoration work was undertaken to get it back to its glorious state. There are trees atop the palace's terrace, but the garden has not been made as it was in the days of glory, including the arched gateways at the terrace.

The Jal Mahal Jaipur has five stories in the middle of the Man Sagar Lake. Unfortunately, over time, the first four submerged under the lake's water, and only one is visible. The lake is 15 feet deep with a depth of 4.9 feet in low-lying areas.

Jal Mahal is built in red sandstone, displaying a mix of Rajput and Mughal architecture. The four corners of the palace have four octagonal domes (chhatris), and the terrace’s center has a large rectangular dome in Bengali style.

Visiting the Jal Mahal during the rainy season is pleasant as it imparts a great edge to the sandstone of the palace, and as a result, they become even more beautiful. Moreover, the lake helps in adding more attraction to the palace tour as hundreds of migratory birds are found in this part of Jaipur. Hence tours to Jal Mahal attract a lot of birdwatchers as well. The best time to visit this place is from October to March.

There is no entry fee to Jal Mahal Jaipur as the government has banned it. However, a pathway around the Man Sagar Lake permits visitors to view the palace. The timings for the Jal Mahal are from 6.00 am to 6.00 pm.

Things to do at Jal Mahal Jaipur

Since you are not allowed inside the palace, you can still enjoy a romantic walk witnessing it. Here are some popular things you can enjoy at Jal Mahal -

Places to Visit near Jal Mahal

You will not spend that much time here as there’s not much to do. So, afterward, here are some places near Jal Mahal Jaipur you can visit -

How to reach Jal Mahal

It is a famous tourist attraction, so you can find many taxis, buses, and auto to Jal Mahal. The nearest bus stop is Shahpura Bagh, around 200 m. So book a cab from top car rental companies in Jaipur and explore the city as you desire. 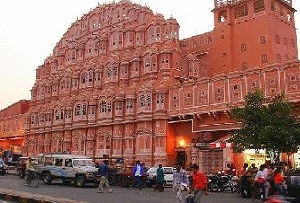 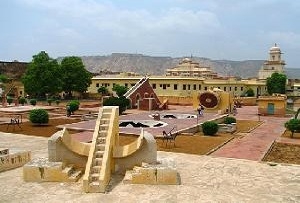