One of the most popular tourist attractions of Shimla, Scandal Point is the intersection between The Mall and The Ridge. This is the point where the end of the Mall Road joins the Ridge. The very name given to this place adds a tint of mystery to it. It has been named so after romantic folklore. The story says that during the British Era in 1892, Bhupinder Singh, the Maharaja of Patiala fell in love with the daughter of the viceroy. It is believed that the king and viceroy’s daughter eloped from this point, way back in 1892. Therefore, he was banned from entering Shimla. Later on, he founded the new summer capital of Chail for himself, which is around 45 km from Shimla. The intersection between the Mall and the Ridge from where they eloped was named Scandal Point.

There is a statue of Indian freedom fighter Lala Lajpat Rai’s statue placed at the intersection today. Scandal Point is surrounded by numerous shops and restaurants. One can also enjoy horse-riding around the area, or can simply relax amid the soaring Himalayas while admiring the mesmerizing views. This area is often flocked with tourists, as Shimla is a year-round magnet. This popular tourist spot of Shimla is now a landmark too. Here is the detailed information about Scandal Point in Shimla including the best time to visit, how to reach, popular places near the point.

How to reach Scandal Point

Situated at the intersection point of the Mall Road and the Ridge, Scandal Point is a famous tourist place that is well-connected with the city center. The nearest airport is Jubbarhatti Airport in Shimla, which is situated 24 km away. Shimla railway station is the primary railhead that serves the city. However, the major railway station is Kalka station which is well-connected with the major cities and towns of the country by several express and passenger trains. Tourists can hire a taxi and board a bus from the airport and railway station to reach Shimla from where they can easily reach Scandal Point.

March to June are the best time to visit Scandal Point when the skies remain clear and climatic conditions remain favorable for the sightseeing tour. The comfortable weather allows tourists to enjoy the breathtaking view from the point and delight in the enchanting beauty. During the monsoon, the heavy downpour causes hindrance to the sightseeing and in winters, the region experiences cold weather.

Places to visit near Scandal Point

Places to Stay near Scandal Point 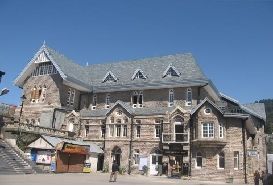 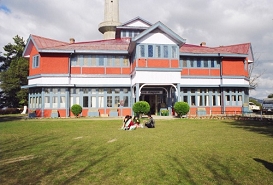 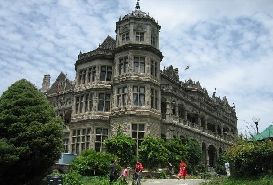