Indian civilization can be traced to Harappa and Mohenjedaro. A country so rich in culture is an interesting place of study. Its various states with different cultures and historical background can be retraced through its assorted displays in various museums.

Museums in Karnataka display the ancient manuscripts and scriptures, art and artifacts of erstwhile rulers of Karnataka.

On your tour to Karnataka you will enjoy the array of spectacular temples and monuments of dynasties that ruled over the Karnataka. History has seen the rise and fall of great dynasties of Hoysalas, Chalukyas and the mighty Vijayanagara rulers in Karnataka. Later the Mughals in the 17th century and the British in the 18th century bestowed to Karnataka another dimension in the cultural and architectural arena.

Museums give you a glimpse of the culture and the civilization of the place. The Museums in Karnataka offer you a complete picture of the State's culture and its history.

Mysore and Bangalore are the two important cities of Karnataka that have art galleries and museums exhibiting the art and craft of Karnataka. Archeological museums display relics of the excavations carried out in various parts of the state. Seat of ancient dynasties Museums in Karnataka display currencies of various periods, collection of paintings a few hundred years old, exquisite jewelry, chiselled brasswares, pottery and natural stones, ivory goods, metal sculptures and crystal works. Tour around the Museums in Karnataka, some of which are enlisted below. 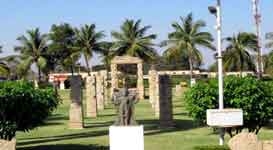 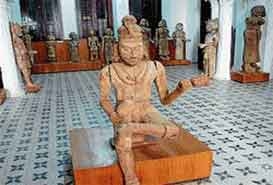