If you are working on your vacation plans this year, you have every reason to keep Karnataka tourism on your agenda. Karnataka has scenic and unspoilt hill stations that are frequented by those seeking the serene. Among these exotic hill stations are the beautiful waterfalls in Karnataka that cascade down from great heights. Among the many falls Unchali Falls is one of the spectacular waterfalls of Karnataka.

As you walk along the hilly ranges in Uttar Kannada in a languid hamlet called Heggarne, you will find yourself just 5 kms from the thundering cataract, Unchali falls in Karnataka. Also called the Lushington Falls, it is formed by a 116 meter drop in the Aghanashini River. Located 35 km from Siddapur it is a beautiful sight all the way to the Unchali Falls.

Trekking 5 km from the Heggarne village along the dense forests can be an exciting experience. The mountain tracks, the steep mountain slopes, deep gorges, chilly breeze and the amazing flora and the rare avian species accompany you until you reach the roaring Unchali Falls plummeting down.

This picturesque water fall is also called Keppa Falls because of the deafening sound created by the falling water. Since it was discovered by J.D. Lushington in 1845, a district collector of the British Government, it was also known as Lushington Falls. 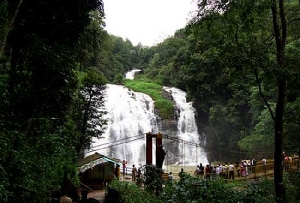 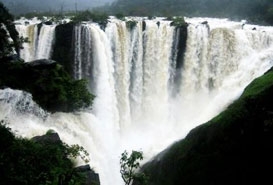 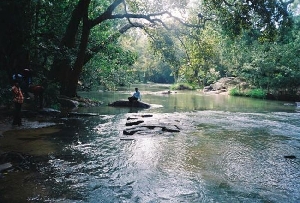