Nestled among the Western Ghats, in a picturesque terrain surrounded with dense evergreen forests, is the roaring Jog Falls of Karnataka. 16 km from Talguppa, the nearest railway station, is the Jog falls village. If you are traveling to the Jog Falls or to Shimoga falls, you can travel by two road routes, the National Highway 48 or 4. While the former route is better the second is a longer one with poor road surface.

The drive up to the Jog Falls in Karnataka offers you a panoramic view of the terrain, its charm emanates in the atmosphere, making you wish to visit it again. The magical Western Ghats gives birth to the Sharavati River that plunges down from a height of 810 ft in four cascades known locally as Raja, Rani, Rover and Rocket.

It provides a spectacular spectacle during the monsoons when the rivers are flooded and rainbows appear every now and then. The monsoons make the Jog falls voluminous and they are often covered with a cloud of mist. When the sluice gates of the Linganmakki Dam are closed, it is wonderful to walk to the bottom of the gorge.

The best time to visit the Jog Falls in Karnataka is definitely the winters, when the falls can be viewed without the mists. You can capture the grandeur of the falls in your camera and wonder at its magnificence long after you have returned from the city. 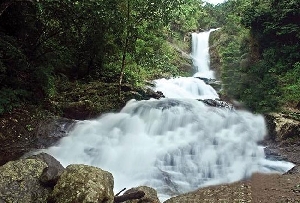 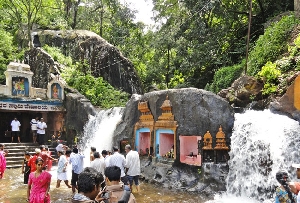 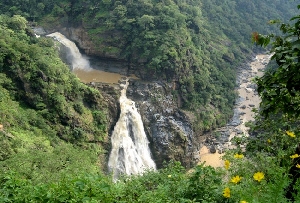