Best Time to Visit:October to April

Located at the foothills of the Bhutan-Himalayas in Assam, Manas National Park is a park known for its unique biodiversity and landscape. It is among the first reserves which were included in the Project Tiger in 1973. The park is home to some rare and endangered species such as Pygmy Hog, Assam Roofed Turtle, Golden Langur and Hispid Hare.


How to reach Manas National Park

The nearest airport is Guwahati airport which is 176 km. from Manas National Park.

Barpeta Road is a railway station which is 40 km from Guwahati.

From here, one can further reach Manas National Park via road. Barpeta Road also serves as the sanctuary headquarters.

A UNESCO Natural World Heritage Site, An elephant reserve, a Project Tiger reserve and a Biosphere reserve in Assam, Manas National Park holds a key position when it comes to national parks. The park is located in the Himalayan foothills. The park is home to some rare and endangered wildlife such as the Pygmy Hog, Assam Roofed Turtle, Golden Langur and Hispid Hare. The park is well-known for the large number of Wild water buffalo.

The name of this park has come from the River Manas which was named after the serpent goddess Manasa. This river is the main tributary of Brahmaputra River that passes through the center of the national park.

Coming to the birdlife, Manas National Park is home to a variety of birds. This park has the largest population of the endangered Bengal Florican in the world. Also, the park is the best place if you wish to see the Great Hornbill. The park lists more than 380 species of birds. The prominent ones among them include Swamp Francolin, Greater Adjutant, Black-tailed Crake, Red-headed Trogo, Hodgson’s Bush-chat, Wreathed and Rufous-necked Hornbill, Marsh and Jerdon’s Babbler, Rufous-rumped and Bristled Grassbirds, Rufous-ventec Laughingthrush, Finn’s Weaver, Ibis bill and variety of foothills species.

On the borders between the Indo-Gangetic and Indo-Malayan bio-geographical area, there are the Burma Monsoon Forests of Manas National Park. Manas national park is the perfect place for those who wish to have a closer look of nature amid the green fields and beautiful valleys. With a variety of birds, this national park is a must-visit for bird lovers. 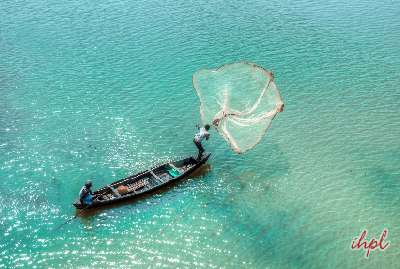