The southern part of the Indian subcontinent earlier known as Dravida is believed by many to be the homeland to the Dravidians, the original inhabitants of India whom the Aryans invaded and conquered. Though predominantly a Hindu state since the pre historic times, the Christian missionaries who set about spreading Christianity in the Indian subcontinent were quite successful in the southern part of India which accounts for a sizeable number of churches in Tamil Nadu.

The Major Churches in Tamil Nadu

San Thome Cathedral Basilica on the southern end of Marina Beach is dedicated to patron saint St. Thomas an apostle of Christ who is believed to have come to Madras sometime during 52 AD. The church boasts of a 3ft. high statue of Virgin Mary which is believed to have been brought from Portugal in 1543.

St John's Church was built in 1812 and has louvre doors which open to convert it into airy pavilion. This church is located near the Theppakulam.

C.S.I. Holy Cross Church, which is more than 120 years old and was originally called the Perambur Railway Church. This was when it was under the railway authorities.

Other Churches in Tamil Nadu 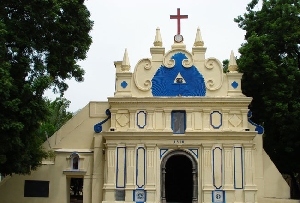 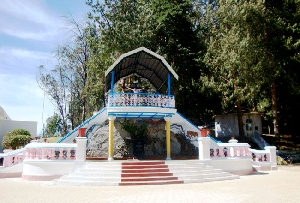 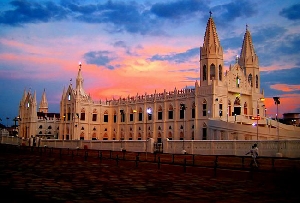 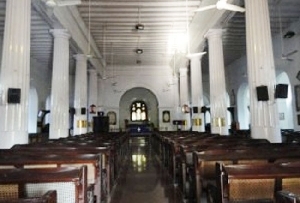 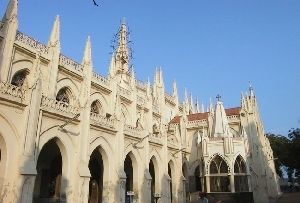 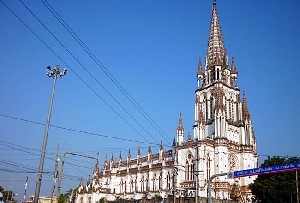 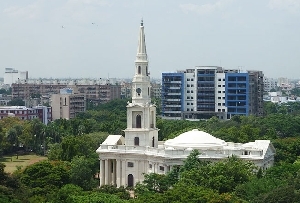