Naina Devi Temple is among the 51 Shakti Peeth of the Hindu Goddess and is situated on the bank of the Nainital Lake. The temple is one of the most revered shrines of Uttarakhand and is dedicated to Goddess Naina Devi.

Naina Devi Temple Nainital comprises the idols of three deities in the sanctum, including Goddess Kali, two eyes of Naina Devi, and an idol of Lord Ganesha. Devotees from far and near throng at the holy shrine to seek the blessings. They can trek through the steps or choose to reach the sanctum sanctorum through a cable car.

This ancient temple is believed to be built in the 15th century which was later destroyed due to a landslide. However, it was rebuilt in 1883 by the locals. The most popular festival of the Naina Devi Temple is Nanda Ashtami, an 8-day festival in which the statue immersion ceremony takes place from 1819.

Many fascinating legends are associated with the Naina Devi Temple of Nainital. As per mythology, this was the place where the eyes of Goddess Sati fell when her corpse was being carried away by Lord Shiva, her husband. Goddess Sati married Lord Shiva without her father's approval, Prajapati Daksh, due to which he was angry. And to insult Lord Shiva, he organizes a Yajna in which he invites everyone but not Lord Shiva. This upsets Goddess Sati, makes her angry, and sets her ablaze.

This act deeply saddened Lord Shiva, and he kept on roaming around while carrying the charred body of the Goddess. Finally, sensing the graveness of the matter, Lord Vishnu leaves his Sudarshan Chakra and cuts the body of the Goddess into 51 pieces. There are different places where these pieces of the body part of the goddess fall, and those places were erected as Shakti Peetha. Naina Devi Temple is also one of the Shakti Peetha.

Also, it is believed that a local Gujjar boy used to take his cattle to this place for grazing. But one day, he saw that a white cow was pouring milk on a stone. This continued for a few days, and one day, Goddess appeared in his dream to inform him that the stone was her 'Pindi.' The boy immediately narrated the entire incident to Raja Bir Chand. Upon confirming, Raja built a temple here. Guru Gobind Singh Ji is also believed to have performed a Yajna before starting the war with the Mughals.

The temple has no entry fees, and devotees can visit here without paying anything. However, the timings of the temple are fixed, which is from 6 AM to 10 PM every day.

How to Reach Naina Devi Temple

Naina Devi Temple is easily accessible from the major tourist destinations, cities, and towns of the country.

By Air: The nearest airport is Pantnagar Airport, situated at 68 km, and it takes almost 2 hours to reach from there.

By Rail: Kathgodam railway station is the nearest railhead from the Naina Devi Temple, located just 34 km away. The cabs, tacos, and buses are readily available from the airport and railway station to Nainital. In the city, tourists can walk to the temple or reach there by taxi. It is situated 300 m from the local bus stand.

By Road: The temple is well-connected by road from the country, and devotees can reach there without hassle.

Things to Do and Sightseeing around Naina Devi Temple

Apart from it, there are plenty of tourist attractions near Naina Devi. You can visit Tiffin Top, Naina Peak, Snow View Point, and Eco Cave Garden. You can visit Pangot and Kilbury Bird Sanctuary to get close to natural beauty. These are other popular places that are a paradise for nature lovers and wildlife enthusiasts. You can spot some of the charming birds during their visit to the sanctuary.

The temple is built in a place where the eyes of the Goddess Sati fell. She was the incarnation of Goddess Parvati, and the festivals related to her are celebrated here with great zeal and vigor. There are two festivals and one fair, which tourists must attend to get glimpses of the temple's rich cultural and traditional heritage and soak in this place's spiritual aura. The famous festivals and events held in Naina Devi Temple are:

If you are planning your next holiday In Nainital, grab the best deals on customizable Nainital tour packages. Contact our tour experts and book your tour as per your style and preferences. 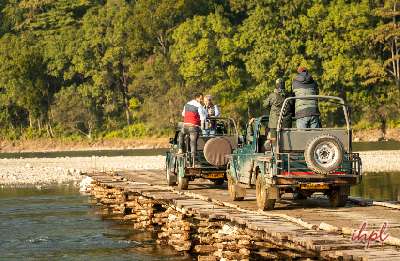 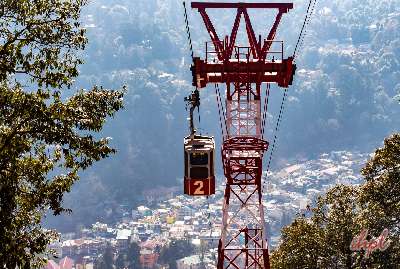 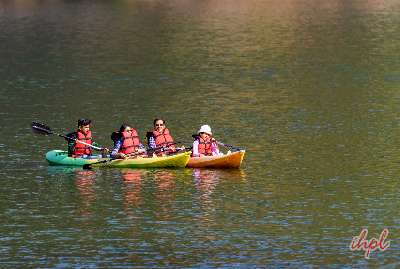 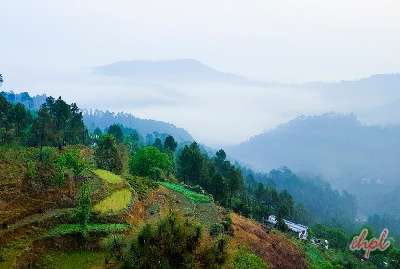