The Keoladeo jheel existed long before it was developed. Before the area was developed, it was no different from the arid scrub woodland of the surrounding area. The only difference was that it had a natural depression, which filled up with rainwater during the monsoon and attracted wildfowl for the period the water was there.

The area was developed into a duck shooting reserve in 1899 by Prince Harbhanji of Morvi State in Gujarat, during the time that he was appointed Administrator of Bharatpur. Inspired by the duck shoot reserves that he had experienced in England, he got bunds and dykes constructed so that the water-holding capacity of the depression increased. The jheel was divided into 10 units, each with its own sluice gates to control water levels.

Expert naturalists planted trees for birds to roost on. The area was crisscrossed with walking paths to enable hunters to access the entire wetland. Some of the pathways are still paved with the bricks laid at that time. In 1901 the entire area was flooded for the first time with water released from Ajan Bund.

The freshwater marshes soon began to attract a large population of migratory birds. Lord Curzon, together with Commander-in-Chief Lord Kitchner, inaugurated the first duck shoot in Keoladeo Ghana when it was officially opened on December 1, 1902. The party shot 540 birds. The Viceroy and Governor General of India Lord Linlithgow was the top scorer with a total of 4273 birds on November 12, 1938 - morning 3044, and afternoon 1229 birds. While the last duck shoot took place in 1964-65, the Maharajah was allowed to continue shooting until 1972. In 1972 the Wildlife Protection Act was passed and shooting all over India became illegal.

1726-1763: Ajan Bund was constructed by Maharja suraj Mal, the then ruler of the princely state of Bharatpur on the river Gambhir

1850-1899 : The present area of natural depression was converted into a protected deer shooting site.

1899 : Prince Harbhanji of Morvi state in Gujarat was appointed as an administrator for Bharatpur State. He was responsible for converting this depression into a duckshoot reserve by getting bandhs and dykes constructed in order to increase the water holding of the area.

1900 : The reserve area was flooded for the first time and a regular water distribution system was devised. The inundation resulted in production of a lot of aquatic vegetation, which attracted a very large number of migratory birds.

1901 : The reserve was formally inaugurated by the then Viceroy of India, Lord Curzon when a duck shoot was organized in his honor on December 2, 1902.

1919 :    Boundaries of the duck shooting reserve were clearly demarcated.

1925 :    The Forest Act of Bharatpur was passed, and the erstwhile Shikar Department brought under the Forest Department.

1956 :    Keoladeo Ghana was notified as a Protected Area and a bird sanctuary. Hunting rights remained with the Maharajah of Bharatpur, his guests, and a few state guests till 1972.

1981 :Keoladeo Ghana was declared as a Ramsar site under the Convention on Wetlands of International Importance. Keoladeo Ghana Sanctuary was upgraded to a National Park. Cattle grazing inside the park was banned.

Note - Prior to Keoladeo being declared a National Park, cattle rearing and grazing became a major economic use of the Ghana. When it became a National Park, it now officially became subject to the 1972 Wildlife (Protection) Act, which required that national parks be areas free of human activities and livestock. When the ban on grazing was imposed, a confrontation between the villagers and the police on this issue led to the deaths of six villagers.

Keoladeo which earlier used to be flood prone is now dependent on rain, because one of the two rivers, Banganga, on which it was dependent, has long dried up and on the second river, Gambhir, a dam called the Panchana Dam has been built damming the river. The local politicians of that area have not been allowing the water to be released from the dam for the National Park, as they want it for agricultural purposes. A permanent solution to the water supply problem at Keoladeo is yet to be found. 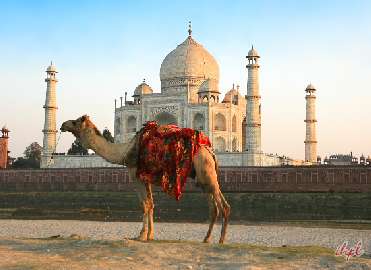 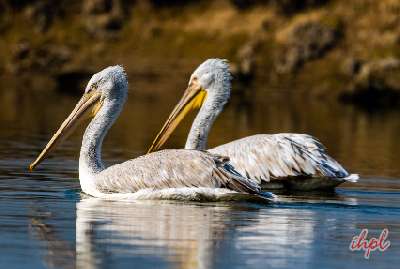