The state of Madhya Pradesh boasts of a natural beauty that is quite diverse in nature. Consisting largely of a plateau, Madhya Pradesh possesses everything. Meandering rivers, spectacular mountain ranges, miles and miles of thick forests that offer a unique abode for the wildlife in herbaceous environment - Madhya Pradesh has it all. Besides the forts, monuments, temples and places, Wildlife in Madhya Pradesh is also a major draw for the tourists.

Amongst the Wildlife in Madhya Pradesh, India, a leading name is that of Kanha National Park. Kanha's rolling grasslands, sal and bamboo forests and meandering streams - all offer a dramatic natural grandeur for the visitors. Kanha Tiger Reserve is a big attraction for many people. This park is the solitary habitat of the rare hardground Barasingha (Cervus Duvaceli Branderi).

Bandhavgarh National Park is another premier name in the list of Madhya Pradesh Wildlife. Bandhavgarh in Madhya Pradesh is known for its highest density of tiger population within India. Tourists can also see a large range of natives in terms of birds and animals at this place.

Wildlife in Madhya Pradesh, India has another popular destination known by the name of Panna National Park. The Ken River passing through this park adds to its scenic beauty. The predominant species that you will get to see here are the Chinkara, the Chital and the Indian gazelle. Other species found here include Sambar, Nilgai, Blackbuck, Sloth Bear, Chausingha or four-horned Antelope, Leopard, striped Hyaena, common Langur, Tiger, Jackal, Wild Boar, Jungle Cat, Crocodile and others. Panna National Park is also quite rich in avifauna. 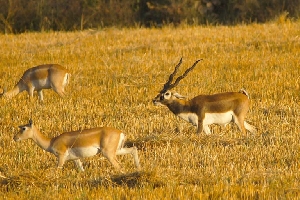 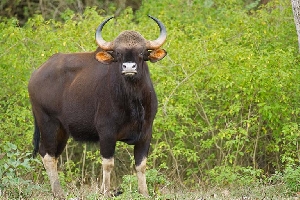 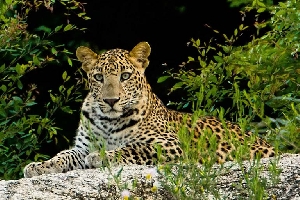 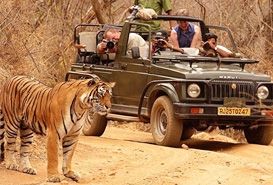 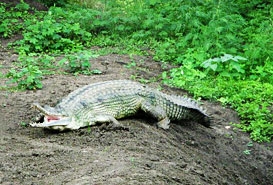